Having first established our Associate Office in Tanzania and Zanzibar in 2012, both jurisdictions continue to be important filing destinations in line with the economic growth of the East African region. We continue to visit the region regularly to engage with IP administrators as well as to review the operations of our Associate Offices.

BRELA, formally launched in 1999, is an Executive Agency under the Tanzanian Ministry of Industry and Trade responsible for business administration and regulation of the laws; namely Companies Registration, Business Names Registration, Trade and Service Marks Registration, granting of Patents and issuing of Industrial Licenses.

Our team met with Ms. Loy Mhando, Acting Deputy Registrar, Mr Seka Kasera, Senior Assistant Registrar and Mr Rafael Mtalima, Assistant Registrar: Patents. Since our first visit to BRELA in 2012, the agency has been transformed. It has moved to a new modern building, within the CBD, and has seen an improvement in its ICT systems, enabling the efficient online registration of companies, trade marks, patents and designs. The Registry initiated the Online Registration System (ORS) on 4 January 2018, one of its most significant developments. ORS has been embraced by the staff of the Registry and concerted effort is being made to streamline the registration process for companies, trade marks, patents and designs. Members of the public are encouraged to use the system to check on the progress of their applications and indeed to submit their applications using the system. The Agency aims to integrate the Industrial Property Automation System (IPAS) and ORS so that applications are filed through IPAS, and the processing and agent notifications occur through ORS. BRELA began using IPAS in 2013 and an audit of old files is currently underway with a view to having all files captured under IPAS.

We were able to discuss developments at the Registry as well as tour the facility and meet a number of the Registry staff. Discussions were also had on the Registry’s concerted efforts to resolve outstanding cases. 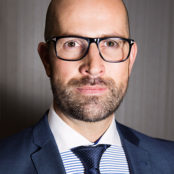