Anyone who has ever entered a competition will know these two phrases very well: “the judges’ decision is final” and “no correspondence will be entered into”. Trouble is, these may not in fact be lawful conditions because they could infringe consumers’ rights.

It might also be unlawful when organisers of a competition say, in the fine print, that they “reserve the right” to change the terms and conditions or even to suspend or cancel the competition altogether.

According to attorney Danie Strachan, under the Consumer Protection Act these well-known elements of the “Ts&Cs” that seem to apply to most competitions might actually violate consumers’ rights to “fair, just and reasonable terms and conditions”.

Strachan, a partner at Adams & Adams, has just received a doctorate in law, focussing on promotional competitions and, among other issues, the pitfalls that consumers and organisers should take care to avoid.

Strachan said since the Consumer Protection Act took effect in 2011, promotional competitions have fallen mostly under that law, though they were also still partly regulated by the legislation on lotteries. This in turn meant when there were disputes over aspects of promotional competitions, the courts would look at whether the rights of participants as consumers were properly considered and protected by the organisers.

To qualify as a promotional competition, it was essential that the competition must be aimed at “promoting a producer, distributor, supplier, or the sale of any goods or services” and it cannot be conducted for any other purpose, such as fundraising.

The fact that consumers are protected under the law when they enter competitions like this means, for example, that it would be unlawful for the organisers to show a picture of the vehicle being offered as a prize and for it to turn out that the vehicle offered to the winner was something quite different. That would amount to misleading the people who entered the competition. Similarly, if the organisers said participants could “win a year’s supply of milk” it would be misleading if in fact the prize was a maximum of one litre of milk a day. To avoid legal action, the organisers must spell out precisely what was being offered as well as the terms and conditions that applied.

Another issue dealt with by Strachan is the broader question of privacy for everyone who enters competitions. Obviously the organisers will be trying to extend the range of their marketing efforts to as many consumers as possible; but that doesn’t mean they are entitled to infringe the right to privacy of the people who enter the competition. While the law may allow suppliers to “conduct direct marketing” that complies with the consumer laws, they have to stop sending directing marketing to consumers who requests them to do so.

Will there be any serious consequences for a supplier who simply ignores the law on questions like this? Strachan points out that if the supplier won’t comply the matter could be investigated by the National Consumer Commission, either through its own initiative or following a complaint by a consumer. The commission could then issue a “compliance notice” if it believed the law had been infringed. If there was no response, the commission could apply to the National Consumer Tribunal to impose a fine. And it might be quite severe: up to R1-million or 10 percent of the offender’s annual turnover. The dispute might also be referred for prosecution, with a possible fine and/or imprisonment of up to 12 months if there is a conviction.

Strachan says all this shows organisers should be careful that they set up and run their competitions in a lawful way. “If this is not done they could face significant penalties.” But, he warned, however harsh they were the penalties would only work as a deterrent if the law were actively enforced. Thus, the National Lotteries Commission and the National Consumer Commission should monitor promotional competitions, investigate non-compliance and ensure that steps were taken against offenders. Only then would consumers be effectively protected. 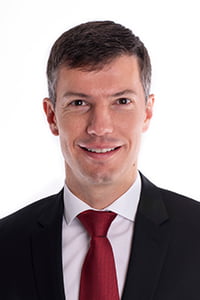