Well-known musician Neil Young is suing the presidential campaign of Donald Trump, calling on the campaign to stop all use of his music at Trump rallies. These songs include “Devil’s Sidewalk” and “Rockin in the Free World”.

Mr. Young is apparently of the view that Trump’s campaign has no “free world” spirit at all, but rather that it is a campaign “of ignorance and hate”, and not one that he wants his music to be associated with.

According to Mr. Young’s copyright infringement case filed on 4 August 2020 in the U.S. District Court in the Southern District of New York, the Trump campaign has been using his songs without his consent, and has infringed his copyright. This is in addition to the allegation that appropriate licences have not been secured from the relevant licensing bodies in the United States to broadcast the songs publicly at the rallies. Mr. Young apparently first took issue with the use of his music by the Trump campaign in 2016, but his complaints fell on deaf ears, and this is the reason why legal action has now been pursued.

While this saga may have Mr. Trump humming a different tune (specifically, Sweet Home Alabama: “I hope Neil Young will remember, a Southern man don’t need him around anyhow…”), taking a different approach to the copyright of musicians may well be appropriate. Let’s consider this issue, from a South African law perspective.

In terms of the South African Copyright Act of 1978 (“the Act”), a “musical work” means “a work consisting of music, exclusive of any words or action intended to be sung, spoken or performed with the music”. There are further copyright works at play in a song, as the lyrics of a song would constitute a “literary work”, and a particular recording of it would constitute a “sound recording”, both of which are also recognised and protected works in terms of the Act.

Would Mr. Young be entitled to claim copyright? Well, irrespective of one’s musical preferences, all would probably agree that the songs in dispute are sufficiently original to warrant copyright protection. The Act does not require a work to be entirely novel to be considered original and the courts have held that the originality requirement will be met where the artist’s individual skill and effort went into its creation. In many instances, the author of a work, its creator, is the owner of copyright. That is the case with both musical and literary works. In the case of sound recordings, the person by whom arrangements were made for the making of the sound recording, owns the copyright. One assumes that Mr. Young would be able to claim ownership in at least the musical and literary works subsisting in his songs, and perhaps also the sound recordings of them.

The owner of copyright has the exclusive right to do, or to authorise others to do, certain acts to exploit a work for personal gain or profit. In short, as a copyright owner, for the term of the copyright, no third parties can make reproductions or adaptations of Mr. Young’s works without his consent.

At face value, one would assume that Mr. Young’s copyright has indeed been infringed by the Trump campaign. However, one must consider whether the defence of “fair dealing” might apply.

When a person purchases a song, there is an implied licence in play: obviously the purchaser will listen to, and thereby reproduce, the song and sound recording. Does this mean that one has free reign to play music, even publicly after it has been purchased? Not at all. This situation is dealt with in South Africa by way of SAMRO licences. SAMRO collects licence fees, which are distributed to artists as royalties. For example, if you own a restaurant and want to play your CDs in the background as “mood music”, you must obtain a licence from SAMRO. You cannot simply publicly broadcast the music. One of the allegations made by Mr. Young is that the Trump campaign has not sought the appropriate licences from the equivalent bodies in the US.

It is doubtful that the Trump campaign will be able to allege that its use of the music constitutes fair dealing. The music is being used publicly, and in relation to a political campaign. Another sticky legal issue, Mr. Young’s personality property rights, also comes into play. His music is, of course, closely associated with him as an artist and individual. He has not agreed to its use by the Trump campaign and his own personal stance is directly in opposition to that of the campaign. He does not wish to be associated with it, nor does he want members of the public to assume that he has endorsed the campaign, and whatever political views it represents. In short, the Neil Young “brand” as it were, may suffer reputational damage if wrongly linked to a campaign which Mr. Young feels does not align at all with his image, what he represents and his views. There is, very arguably, an infringement of Mr. Young’s personality rights, which as a celebrity also have a certain economic value which he is entitled to exploit.

Turning back to copyright, Section 20 of the Copyright Act ensures protection of artists’ “moral rights”. In short, artists can object to any distortion, mutilation or other modification of their works, where such action is or would be prejudicial to their honour or reputation. Moral rights are personal rights, which stay intact even if the author of a copyright work transfers ownership in the work to another. There is, therefore, an acknowledgement in the law of the link between the artist and his/her art, and a sense that the integrity of both ought to be protected. Of course, the Act refers to changes made to the copyright work and, although Mr. Young may feel that the Trump campaign’s mere use of his music constitutes a “mutilation”, a Court may not agree.

The dispute between Young and Trump is, well, young. We wait to see how it progresses, but Trump campaign has in the past been referred to as one with “deep pockets” and backing away from a fight may not align with the “Trump brand”. Political parties should, however, take notice of this, and remember that the songs and other copyright works they use in connection with their campaigns are protected in terms of copyright law, and that motivated copyright owners may very well take legal action to restrain any unauthorised use of their works. 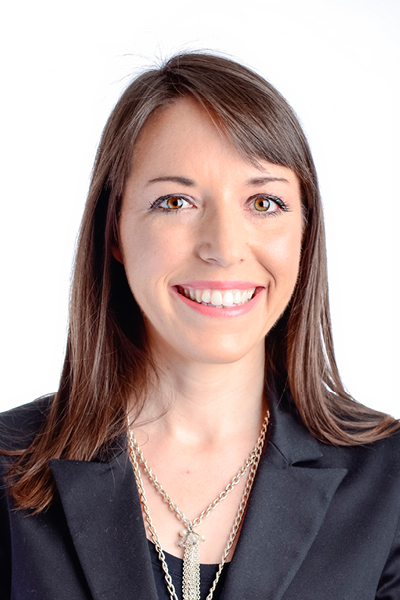