Although the draft bill has not yet been finalised, it is considered as a step in the right direction. We must add, however, that this is the 4th draft which has been made available during the past 6 years. Whether anything will come of it is therefore uncertain.

We will continue to monitor the position and provide updates as and when they happen. For additional queries regarding intellectual property rights protection in Angola, e-mail Angola@AdamsAdams.com.

You can also read our previous article regarding the protection of well known trade marks in Angola, here. 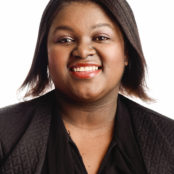