The 41st Session of the Administrative Council of ARIPO was recently held in Lilongwe, Malawi.  Although Adams & Adams is based in South Africa we are able to work directly with ARIPO via our Mozambique office as Mozambique is a member of ARIPO. We have been operating in this way since 2009 and we are currently one of the largest users of the ARIPO patent system. Adams & Adams Partner, Nthabisheng Phaswana, Africa Practice Manager, Menzi Maboyi, and a representative from Adams & Adams in Mozambique attended the latest session.

ARIPO has several Protocols dealing with various aspects of Industrial Property. However, the Harare Protocol which deals with patent, utility model and design matters was highlighted for discussion at the session. Several changes to the Harare Protocol are proposed at the 41st Session, including provisions to allow for accelerated or delayed examination for patent applications. If passed, these changes will come into effect in January 2018.

In addition, it has been announced that ARIPO and the Chinese Patent Office (SIPO) have signed a PPH* agreement. The effective date of the agreement has not yet been set but it is expected to come into effect sometime during the course of 2018. Full details are not yet known but it is likely that applicants who have a corresponding patent application which has been accepted by SIPO will be able to expedite processing of their ARIPO patent applications.

For further information on patent, utility model or design filings in ARIPO or any other African country please contact patents@adams.africa 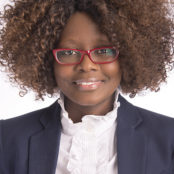