Listen | Who owns the copyright to the tattoo on your body

Would it ever occur to you that a third party might be able to claim rights on your skin? In the case of art that has been inked into your skin, namely tattoo art, that may well be the case.

A tattoo is an artistic work. If it is original and reduced to a material form (which it very arguably is when it is inked into your skin), copyright subsists. In the case of artistic works, it is the artist or creator of the work who owns the copyright, namely the tattoo artist and not the person on whom the tattoo appears, irrespective of the fact that the latter has paid for his/her tattoo. In short, when you pay your tattoo artist, you pay for the tattoo, not the copyright subsisting in it.

This issue has come up for legal consideration in the United States, more recently in a matter involving Solid Oak Sketches and video game maker Take-Two Interactive. The latter is involved in the creation of the popular “NBA 2K” basketball video game series and Solid Oak Sketches has alleged that it owns the right to exploit the copyright in the tattoos appearing on a number of players in the games.

In a rather astute business move, Solid Oak Sketches purchased the exclusive rights to license certain basketball players’ tattoos from the original tattoo artists. Solid Oaks Sketches has therefore made the argument that, by reproducing detailed depictions of the body art appearing on some of these players in its games, Take-Two Interactive has infringed its copyright. In its defence, Take-Two has argued that it is only depicting the players as they appear in real life, that the focus of the game is not on the players’ tattoos, that the issue is de minimis and, in any event, that a finding in favour of Solid Oaks would result in public figures having to “seek its permission every time they appear in public, film, or photographs”, which would be impractical and untenable.

On face value, copyright infringement has indeed occurred. An original artistic work, which a tattoo undoubtedly can be, has been reproduced without the artist’s authority by a third party in the course of trade and for financial gain. At the heart of copyright law is the idea that creators, artists, should be compensated for their creativity, and there is no reason why the creativity of a tattoo artist should be discounted.

However, a tattoo artist’s rights, thanks to his medium, are less straight-forward than those of artists working on canvas or with clay. Although a tattoo is an artwork which has been reduced to a material form, the material form to which it has been reduced is on a human body. The sport stars appearing in the NBA 2K game series are human beings who, tattoo artists are well-aware, will be photographed, make public appearances and quite possibly wish to exploit their own likeness, being celebrities, for financial gain. Legally, there must be a fairly broad implied licence given by the tattoo artist to the person being tattooed to make use of the tattoo in his or her everyday life, but the argument will turn on how broad that licence might be.

Of course, the difficulty for Take-Two Interactive is that it is not making use of, for example, photographs of the players, which would be “real life” depictions of them, but rather artistic representations of them as the video game versions of them appear in the games. While Take-Two argues that its use constitutes “fair use”, the question is whether it is strictly necessary for it to have included the players’ body art in its depictions, or “avatars”, of them, and whether depictions of that nature would be covered by the implied licence mentioned above. Solid Oak Sketches argues that the answer is a clear no. If the appearance of the tattoos on the players in the game is merely incidental and of minimal focus and importance, this begs the question why the tattoos have been reproduced in the game at all. The depictions being used by Take-Two have been created by it and are not images of the basketball players and their actual skin, as one might find on the cover of a magazine, for example. It is questionable whether the “fair use” defence can successfully be invoked in Take-Two’s circumstances.

Indeed, the US District Court, in 2016, disagreed with Take-Two’s arguments that its use is fair, or that it is de minimis and its motion to dismiss the matter was rejected. One relevant consideration was the fact that, as a medium, unlike films, video games allow viewers to view images in different ways, and for as long as they like. The depiction is not fleeting or momentary.

Given the increasing popularity of tattoos in our popular culture, and quite notably with sport stars, it is recommended that public figures seek assignment of the copyright in their tattoos from their tattoo artists. The National Football League (NFL) in the United States has already been making similar recommendations to its players to avoid them getting into hot water over the depiction and commercial exploitation of their tattoos and our local sports stars in South Africa would be well advised to follow suit.

Acquiring the rights in their tattoos will prevent future claims from the tattoo artists for royalties or other compensation where public figures might wish to exploit their own image, which will naturally include their tattoos, for financial gain (for example, in advertisements, film or television). It will also allow public figures to restrain third parties, on the basis of copyright infringement, from making use of depictions of their tattoos to suggest a relationship between themselves and the public figure when, in fact, none exists. The value in the names and likenesses of celebrities is undeniable and the popularity of celebrity “endorsement deals” and sponsorships is a testament to that. A person who is in the public eye would not want to be limited in any way from exploiting his or her own image and celebrity status.

It is not inconceivable that a person’s tattoo might become so recognisable that third parties might wish to use it to call that person to mind and perhaps suggest an endorsement by that person. A good example of this is the dispute that arose around the film, The Hangover Part II, where one of the characters woke up, with shock, horror and hilarious results, to find Mike Tyson’s well-known face tattoo inked onto the side of his face. Mr Tyson’s tattoo artist took legal action against Warner Brothers for using the tattoo without authority and, although the case settled and the judge did not need to render a decision, the tattoo artist may well have succeeded in court. After all, the artist’s design did not appear on Mr Tyson’s face which, under the implied licence discussed above, would surely be allowable in a film featuring Mr Tyson, but was copied and reproduced on the face of another with the reference to the original tattoo being clear.

As the popularity of “getting inked” continues to mark the prevailing popular culture, legal issues around that ink, particularly intellectual property concerns, will become more prominent.

The matter between Solid Oak Sketches and Take-Two Interactive is one of the few body art disputes that has not, to date, been settled out of court and it will be interesting to see how this matter progresses. 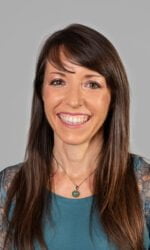