It is no secret that trade secrets are very valuable intellectual property on which a business empire can be built. Simply look at KFC’s classified blend of eleven herbs and spices; Coca-Cola’s famously secret recipe; Google’s search algorithm; or any well-known perfume.

Almost like the plot of a great spy film, trade secrets, their value and the negative impact of a secret being leaked, were brought into the spotlight this month when a chemist and former employee of Coca-Cola in the United States was sentenced to fourteen years in prison after being convicted of stealing trade secrets worth US$120 million and economic espionage.

The formula for the world’s most loved soft drink is still safe, however. In this case, the trade secrets in issue related to formulations for bisphenol-A-free (BPA-free) coatings for the inside of cooldrink cans. BPA is a chemical used to make certain plastics and resins preserve flavour, but there has recently been a move to BPA-free coatings due to potential health concerns.

It is reported that[1] Xiaorong You, aka Shannon You, has been sentenced following a jury at the US District Court for the Eastern District of Tennessee finding You guilty of conspiracy to commit trade secret theft and economic espionage, theft of trade secrets and wire fraud in April 2021.

The story goes that, from December 2012 through to August 2017, You was employed as a principal engineer for global research at Coca-Cola. During this time, Coca-Cola had agreements with numerous companies to conduct research and development, testing, analysis and review of various BPA-free technologies. Due to You’s role and experience, she was one of a limited number of Coca-Cola employees with access to the BPA-free trade secrets, including the proprietary information on various chemicals, formulas and processes[2], belonging to companies including Dow Chemical Co.; AkzoNobel; BASF; PPG; Toyochem; Sherwin-Williams and Eastman Chemical.

From September 2017 through to June 2018, You was employed as a packaging application development manager for Eastman Chemical Company in Kingsman, Tennessee, where she was one of a limited number of employees with access to trade secrets belonging to the company.

It is further reported that the evidence at the trial showed that You stole the valuable trade secrets relating to the BPA-free technology whilst working for Coca-Cola and Eastman, and that these secrets were then sold to Weihai Jinhong Group, which is backed by the Chinese government’s Thousand Talents program to recruit leading experts in research and innovation[3]. It is further reported that You stole the secrets with the intention to benefit the government of China, the Chinese province of Shandong, the Chinese city of Weihai and the Chinese Communist Party, alongside the cited corporation[4].

The fact that You was successfully prosecuted and such a severe sentence was handed down serves as a reminder not only of the potential value of trade secrets but also of what can happen when these are stolen and the need for measures to be put in place to protect such valuable, confidential information.

Taking a step back, ‘What is a trade secret?’ you may ask.

A trade secret is any information that is commercially valuable and provides a competitive edge to the holder over its competitors. It can include formulae, business methods or systems, designs, software and codes, manufacturing processes, recipes, customer lists etc.

Trade secrets are not limited to information about a successful process or formulae but could also be information pertaining to failed formulae and processes, and which information would save another business valuable resources that may have been expended in making the same mistakes.

Trade secrets do not need to be registered to be protected and a major advantage of trade secrets, particularly as compared to patents, is that there is no limitation on the time frame of protection nor any formal compliance requirements that have to be met. A trade secret is protected so long as the proprietary and confidential information remains confidential and is not released to the public.

In South Africa, the concept of trade secrets, as well as the protection thereof, stems from obligations under Article 39 of the TRIPS Agreement (to which South Africa is a signatory), and the common law, specifically unlawful competition and the consequences of breach of trust or confidence. Enforcement can also stem from contractual arrangements, such as employment contracts and restraints of trade.

As borne out by the case in South Africa of Strike Productions (Pty) Ltd v Bon View Trading[5], relating to the alleged ‘IDOLS intellectual property’, the lack of a restraint of trade does not stop a proprietor from enforcing a trade secret. However, enforcement of a trade secret first requires proving that the information was confidential. In that case, the alleged ‘secret’ relating to, inter alia, design, concepts of staging, audio production and lighting for the IDOLS show, was found to not be secret because the production required little original creative input. All of the relevant information was already in the public domain.

Whilst employment contracts and restraints of trade may be sufficient to stop a former employee from using proprietary information, there can often be a time limit or jurisdictional limitation on such protection. The value of trade secrets is also emphasised in joint ventures, or where multiple entities share confidential information, as illustrated by the case above relating to the BPA-free trade secrets.

Another important fact to bear in mind is that the risk of exposure of a trade secret exists not only from factors within the organization, i.e. resulting from persons with access to the information disclosing the information to third parties, but also factors outside of the organisation, such as cyber attacks and data leaks.

Enforcing trade secrets can be challenging and costly, but companies can take several steps internally to enhance their protection and mitigate against the potential disclosure of their confidential information.  The following is a non-exhaustive list of measures that can be implemented:

From an employee’s perspective, be aware of what information is regarded as confidential within your organisation and what your obligations are in that regard. Think twice before discussing what goes on at your work with friends, family or acquaintances. After all, not all breaches of confidential information involve something as drastic as selling secrets to a foreign government. Simply being a little loose-lipped after a few beers at a braai or forwarding an email to the wrong person could land you in hot water. 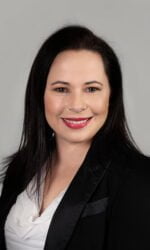 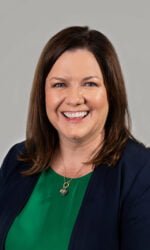