ZIMBABWE | RATIFICATION OF THE MADRID PROTOCOL

Although the new regulations make it possible for owners of international registrations (obtained via WIPO’s Madrid system) to designate Zimbabwe, it is nonetheless to be recommended that brand owners continue to secure registration of their valued trade marks on a national basis in Zimbabwe. Trade marks filed through the Madrid system will remain speculative in Zimbabwe until such time as the Zimbabwean IP Office (ZIPO) has digitized all of their records (and uploaded them to WIPO’s IPAS system by which Madrid designations are recorded) and ZIPO is equipped to examine applications within WIPO’s strict timelines.  This process is likely to take some time owing to Registry backlogs, staffing issues and a lack of proper investment of funds by the Zimbabwean Government into the improvement of ZIPO’s operations.

For further updates, information and queries on copyright law, trade mark, patent and design filings in Zimbabwe and across Africa, please contact africaip@adams.africa 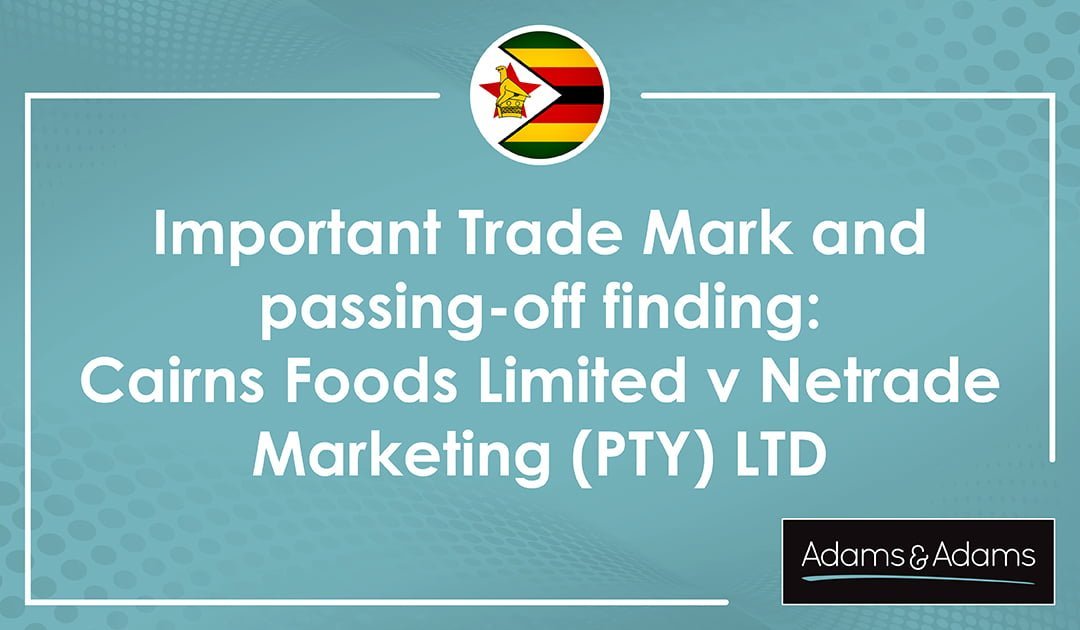 CLICK HERE TO VIEW JUDGEMENT This is an appeal...