You’ve come up with a great new idea and believe you’re the first person in the world to have that idea. As you start planning world domination, you consider whether you can patent your invention. Patents protect new inventions and give the owner a 20-year head-start as it gives the owner a right to exclude others from making, using, importing or disposing of the patented invention.

Nic Rosslee had a bunch of questions for Hugo Biermann on this topic.

Nic: Hugo, what is the first thing our readers need to know about patenting their product?

Hugo: The most crucial element of patenting an invention is novelty –  an invention must be new. Keeping this in mind, remember that if you have a potentially patentable invention, it must be kept secret until a patent application has actually been filed. Of course, this means that the invention must also not yet have been disclosed to the public by the inventor or anyone else, e.g. through earlier use, in earlier patent applications, on the Internet or in literature.

So I can’t tell anyone about my amazing idea?

You can only disclose it on a strictly confidential basis prior to filing a patent application.  Once the invention has been made available to the public (which generally includes any commercial activity and any publication, e.g. on the Internet), it will no longer be possible to obtain valid patent protection.  If you have to disclose the invention prior to filing, be sure to have a confidentiality or non-disclosure agreement in place.

Can that be a verbal agreement or does it have to be a formal signed agreement?

A signed formal agreement is not strictly necessary and the agreement may thus be a verbal one. However, I would strongly recommend having a written agreement in place.

Yes, but there is another important patentability requirement, which is referred to as the “inventive step” requirement.  This is also known as non-obviousness. This means that what you consider sets your invention from apart from the rest must be a step forward that would not be obvious to someone skilled in that particular field. 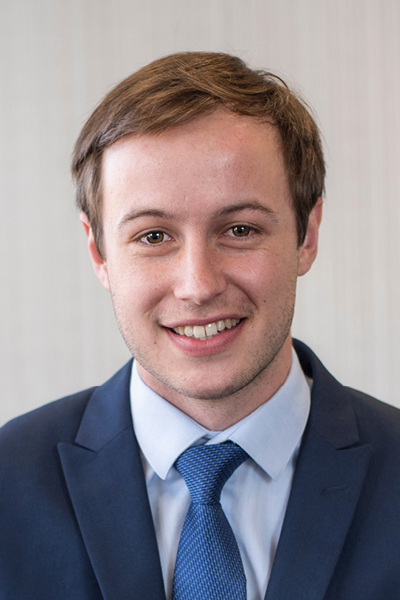 Yes, apart from the novelty and inventive step requirements, an invention must also relate to so-called “patentable subject matter”.  This means that certain types of inventions are simply not patentable.  Under South African law, this includes inventions like business methods, methods of playing games, scientific theories and discoveries, mathematical methods and computer programs as such.

Why did you say computer programs “as such”? Don’t Uber have patents?

Well, this is where the law becomes tricky.  Our Patents Act prevents the aforementioned types of inventions from being patented only to the extent to which they relate to the excluded subject matter as such.  In other words, if the inventive step of your invention relates solely within an excluded area, like a business method or computer program, it will not be patentable.  However, if your invention includes one or more inventive technical features, which go beyond the excluded area, it may be patentable.

Unfortunately, this is still somewhat of a grey area in South African law, and we cannot provide you with clearly defined guidelines or criteria to evaluate this.  In general, the more novel technical aspects that are included, the greater the likelihood that the invention will be patentable.  For example, if your invention has a new, technical feature that solves a technical problem encountered when using existing systems, it may well be patentable.

Companies like Uber do not obtain patents for “abstract ideas” or pure business methods.  Instead, they have been successful in obtaining patents for inventions that solve technical problems and improve the technical functioning of computerised systems.

How do you know if your product is novel?

We can conduct searches of the patent databases to obtain an idea of the novelty of an invention.  We refer to these as novelty searches.  This is a useful step to take before you begin incurring filing costs.

A novelty search is an optional step, but one that we typically recommend to our clients, especially when an invention comprises a combination of known elements.

I’m imagining a cross between Uber and a home cleaning service? Would I need to conduct a search?

Well, you’ve just invented SweepSouth, a South African startup that’s doing really well. So I wouldn’t recommend conducting a search in this case. Your flat in need of a spring clean?

Where were we… Oh, you can’t cover the world with one patent, right?

Okay, how long do I have to file for my invention globally once filing a provisional patent in South Africa?

It should also be noted that you don’t have to start the process by filing a provisional application.  In some cases, like when your invention is in its final, commercial form, you may simply want to file a complete patent application in the first instance.

Okay, so 12 months and you’ll need to have filed in all your desired territories?

Is that all I need to know about PCT applications?

No, after filing a PCT application an International Searching Authority (typically one of the large patent offices such as the European Patent Office or the United States Patent and Trademark Office (USPTO)) conducts a prior art search and establishes an “International Search Report”. This is a preliminary, non-binding written opinion on the patentability of the invention.

The written opinion provides the applicant with an indication of the novelty and inventive step of the invention. There is an opportunity to respond to the written opinion and potentially amend your specification to overcome any objections raised. Before the end of the PCT phase, the applicant must proceed with patent applications in the elected countries/regions.  In other words, the PCT application is not an “international patent” and if you don’t proceed with national patent applications, you will have no protection.

It’s not lunch money… There is good news, natural persons (i.e. not a company or other juristic person) who are nationals of and residents in South Africa are currently entitled to a discount of up to 90% on the official international filing fee for and the official handling fee associated with a PCT application. Discounts are also available for natural persons or companies who qualify as “small entities” or “micro entities” in terms of the rules of the USPTO.

Photo by Samuel Zeller on Unsplash