HomeIPLive - welcome to our blog on IP commercialisationOwnership of copyrights in logos: Atelier v Kilnworx

Ask just about any IP lawyer and they will probably tell you that if you sub contract the development of your logo, you will not own the copyright in the logo. You will not even have the exclusive right to use it. This is because of the general rule that, subject to a list of exceptions, the creator of an artistic work, such as a logo, is the first owner of the copyright in and to that logo and that ownership is not transferred to you, even if you pay for it. This is, unless you have agreed to have it transferred to you in writing. If you are interested in the exact wording of the South African position take a look at Section 21 and 22 (read with sections 1,3 and 4) of the Copyright Act 98/1978:

An “author” is defined in Section 1 as meaning, in relation to— (a) a literary, musical or artistic work, the person who first makes or creates the work.

The effect of this position goes beyond logos and raises a flag in every situation a copyrighted work is created outside of a business eg computer programs (where there are different but similar rules), transcripts, contracts, architectural drawings etc. Indeed, for the copyright lawyer, it’s often a wonderful occasion to horrify corporate lawyers, clients and potential clients and in doing so, remind them of just how important it is to have IP counsel. Of course it is important. On the other hand, for the affected client the position can just seem ludicrous – how can it be that I have paid for my logo, computer program etc and I do not own the copyright! In many cases the situation is realised too late, often to the detriment of the person or business that paid to have the work done. But need it be so? Could it be that there is actually an implied term when you contract out the development of a logo (in particular), for the copyright to be assigned to you on request? 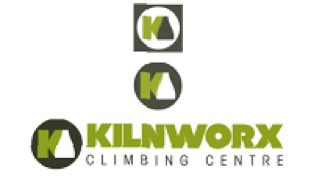 Aaron Wood, a well known IP lawyer in the UK, went about arguing that position on behalf of his client recently in the case of Atelier v Kilnworx (Atelier Eighty Two Limited v Kilnworx Climbing Centre CIC & Others [2015] EWHC 2291 (IPEC)).  In short, Aaron’s client successfully argued that the commissioner of the logo, obtained an equitable interest in the copyright in the logo and was entitled to the assignment of the legal interest in that copyright.

29. “In my judgment, in August 2011 Kilnworx through Mr Bunting and Purple Penguin through Mr Kirk    entered into an agreement for the creation of the Logos as described above. There was an implied term in the contract. It was a term of the usual nature to be implied into a contract for the creation of a logo, namely that Kilnworx would own the copyrights in the Logos.“

The facts are quite specific and necessary to analyse to understand when this situation would occur although the writer suggests (as the above quote from the case at para 29 explains) that in most cases such an implied term would exist in the ordinary contract between designer and commissioner. The principles summarised in the case read:

The question then is whether the same would be so, under South African law. This is because English contract law distinguishes between equitable rights to property (a right based essentially on principles of fairness) and legal rights, something which is not that apparent (at least not directly) in South African law.

The writer is of the view that under South African law, the situation should be no different because rules for determining the existence of tacit and/or implied terms are essentially based on the unarticulated intentions of the parties. These intentions would be no different to those set out in paras 22 and 23 of the judgement. For instance, it would be extraordinary for a logo designer to explain that his intention would be to own copyright in a logo, once he had been paid for it, for use by himself or others or to preclude (by virtue of his ownership) the commissioner from enforcing rights in copyright against third parties.

Consequently, this writer is of the view that when you commission the development of a logo in an ordinary everyday situation there would be an implied or tacit term that ownership of the copyright in that logo would be yours to request, at no additional charge.