Listen | The Application to set aside the resolution to liquidate Bosasa

On 14 February 2019 a resolution was taken by the board of directors to voluntarily liquidate the African Global Group of companies, better known as Bosasa. Since then liquidators were appointed by the master of the High Court and have commenced with the liquidation process. Yesterday the holding company of Bosasa brought an application to the High Court Johannesburg to set aside the resolution.

Apparently, it was argued in the papers filed by the holding company that the person who signed the resolution was not aware of the import of the document which he so signed and that it was never the intention to liquidate the company.

Allegations were apparently made that the companies in the group are, in fact, trading as solvent entities.

It was further alleged that because of the above facts, the entire process that has occurred since the master appointed liquidators is, as a result, a nullity.

Amongst others the liquidators filed opposing papers to the application to set aside, raising points in limine as well as on the merits of the application.

In limine the liquidators argued that:

On the merits of the liquidators raised various arguments indicating that the person who signed the 14 February resolution had taken further steps after that date 14th which steps all indicate that he knew full well what the import of the document was that he was signing.

The matter is being argued in the High Court today (13 Mar 2019) and we will report on the judgement as soon as it becomes available. 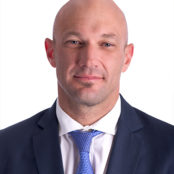