BEING BEAUTIFUL AND WIDOWED

In South African law, a claim for loss of support may be lodged against the Road Accident Fund when a breadwinner of a family, an innocent victim of a motor vehicle accident, passes away.

The following is an historical overview of remarriage contingencies in South Africa.

When determining the amount to be paid to the spouse of the deceased breadwinner, the probable remarriage of the surviving spouse plays an influential role in the ultimate calculation.

In the past, apart from the number of children and attitude of the spouse to the idea of remarriage, the courts would consider appearance and personality as essential factors when determining possibility of remarriage.

“… adjustments must be made according to the appearance, personality, nature and attitude to remarriage of the person concerned, and indeed other factors such as the number and ages of the widow’s children.”

This attitude was re-iterated in the matter of Snyders v Groenewald 1966 (3) SA ED 785, where the court found the following:

“In determining the percentage deduction to be made, the Court has regard to such matters as the age, health, appearance and nature of the widow, as well as such other factors as the age and number and financial dependence of her children.”

Given that this attitude was held prior to our Constitutional dispensation, this view was challenged in the matter of Members of the Executive Counsel Responsible for the Department of Road and Public Works, North West Province v Oosthuizen (A671/07) [2009] ZAGPPHC 16 (2 April 2009) where it was stated that reliance on appearance is offensive and should not be part of our law.  It was further argued that remarriage contingencies should be struck down as unconstitutional as it offends the equality provisions of the Constitution.

After considering the facts of that particular case, the Court ultimately pointed out that no reference had been made to the respondent’s appearance and found that remarriage contingencies are not unconstitutional.

This archaic view of determining re-marriage contingencies was again challenged / re-visited in the case of Esterhuizen v Road Accident Fund (Unreported judgment of Tolmay J, North Gauteng Division, case no 26180/2014 on 6 December 2014) where Judge Tolmay found past judgments to be outdated and extremely offensive to women.  The court stated:

In light of this approach, the court found that the following observations should be considered when determining the appropriate remarriage contingency, if any, to be applied:

The most recent case law to address the issue of remarriage contingencies directly is the case of De Bruyn v Road Accident Fund L Brink de Bruyn // Road Accident Fund (Gauteng Division, Pretoria, Case no 14606/2016) where the history of such contingencies (citing various case law) was outlined, and Koch’s Quantum Yearbook was discussed.  The court found Koch’s statistics relating to “remarriage deductions” to be outdated and inaccurate.

The court referred to an article titled “Re-partnering as a Contingency Deduction in Claims for Loss of Support Comparing South Africa and Australian Law” (PER/PELJ 2007 10 (3)), where the conclusion was:

“Re-partnering is merely another of the many vicissitudes of life, namely that the claimant may enter an economically beneficial or detrimental relationship after the trial.  It is therefore to be given no more weight than any of the other vicissitudes that go to make up the general discount.  The ‘standard’ adjustment should not be increased to reintroduce the ‘remarriage’ discount by the back door.”

The court agreed with this approach and held that unless special circumstances ensue, no higher than normal contingency ought to be deducted.

It is clear that while the principle of a re-marriage contingency continues to have relevance and applicability, one must be cautious in how it is applied.  If there is evidence to justify its application, then the courts should apply same with due regard to the facts of each matter.  Where there is no evidence, simply to include such a contingency on the broad assertion that the possibility of re-partnering must always exist, would offend the principles of fairness and justice.

This article also appeared in Without Prejudice | May 2018 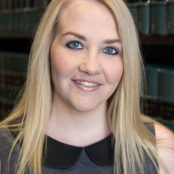