Innocent Bystanders: Liability of the SAPS During the July 2021 Lootings

In July 2021, South Africa was ravaged by lootings and violent protests following the incarceration of former President Jacob Zuma. Reports suggest that as many as 117 people have been killed and hundreds of businesses were lost or destroyed as a result of the violence that erupted during demonstrations across the country.

Among them, was a 15-year-old who died after being shot with a rubber bullet by police during unrest at Southgate Spar in Pietermaritzburg. An eyewitness to the incident claimed that the boy was standing in the parking lot, watching looters attempt to break down the doors that lead to the Spar centre, when he and his 8-year old brother were shot at with rubber bullets by police[1].

Such careless and costly action by those tasked with protecting us begs the question: who is liable for damage caused to your person or property when the South African Police Service (“the SAPS”) fails to maintain public order during times of civil unrest?

THE CONSTITUTIONAL DUTY OF THE SAPS

In order to establish liability of the SAPS, an injured party must prove, inter alia, that a legally protected interest had been infringed by the SAPS. Therefore, it must be established whether the legal convictions of the community required the SAPS to have acted to prevent harm to bystanders and property during the aforementioned protests.

Under the Police Act 58 of 1995, the functions of the police include the maintenance of law and order and the prevention of crime. The SAPS  is thus one of the primary agencies of the state responsible for the discharge of its Constitutional duty to protect the public and in general against invasion of their fundamental rights by the perpetrators’ of violent crime. Furthermore, Section 205(3) of the Constitution defines the duties of the SAPS as including preventing combat and investigating crime, to maintain public order, to protect and secure inhabitants of the Republic and their property and to uphold the law.

At section 7 of the Constitution, the state is given a clear obligation to “respect, protect, promote and fulfil the rights in the Bill of Rights”. In considering the legal convictions of the community, the court in the matter of Minister of Safety and Security v Van Duivenboden (unreported case no 209/2001) emphasised that the very existence of the state’s Constitutional duty to act in protection of the rights in the Bill of Rights necessarily implies the norm of public accountability and pointed out that section 41(1) of the Constitution expressly provides that all spheres of government which is not only effective, transparent and coherent, but also government which is accountable.

In the matter of Umbhaba Estates (Pty) Ltd and Others v Minister of Police and Others [2021] ZAGPPHC 436 the Honourable Justice Mtati AJ espoused the following regarding the duty expected of police services during periods of unrest:

“The legal convictions of the community incorporate constitutional values and norms and in our constitutional democracy it cannot be acceptable of the police to sit idle when they should have reasonably foreseen that the strike will turn violent. When a crime is imminent and foreseen it is expected of the law enforcement agency to take appropriate action. The duty of the police to provide assistance arises from their mandate to carry out law and order.”

LAWFUL USE OF FORCE

In carrying out their constitutional duties, the SAPS can be expected to employ a measure of force. Even where such force causes harm to a person or their property, the Minister of Police might not be liable for such damages if the use of force was necessary in the circumstances. This is known as the defence of necessity.

In the matter of Maimela and Another v Makhado Municipality and Another 2011 (6) SA 533 (SCA), the court prescribed the following criteria for the defence of necessity:

Additionally, the case of Phawe and Others v Minister of Police [2019] ZANWHC 51 defined the defence of necessity as follows:

In the Phawe matter, the Plaintiffs alleged that they had been unlawfully assaulted by members of the SAPS as a result of being shot at with rubber bullets, pepper sprayed and “assaulted with bare hands”. At the time of the alleged assaults, the Plaintiffs were participants in a labour strike. However, based on the evidence presented, the court found that “the actions of the police officials on the day in question were reasonable in the circumstances and were justified by necessity in order to… fulfil the duty resting on the police service and police officials to prevent and combat crime and to maintain public order”

The cumulative effect of the caselaw espoused above is that, while the SAPS can be expected to use force to maintain order during times of civil unrest, such force must be reasonable in the circumstances and a balance should be struck between the force used and the rights of those affected.

DUTY OF THE SAPS DURING THE JULY 2021 LOOTINGS

It cannot be disputed that fundamental rights of certain individuals were affected by the aforementioned protest and lootings, including, inter alia, the rights to human dignity, life, freedom and security of person, and property. Based on the above cases, it can be argued that the legal convictions of the community imposed a constitutional and social duty on the SAPS to have acted to prevent harm to persons and property during the protests of July 2021. The protests quickly turned violent and harm to the public was therefore foreseeable, the longer the protests continued. It can thus be argued that any failure by the SAPS to take appropriate action, which resulted in harm to the public, may be actionable.

Furthermore, it follows that the legal convictions of the community impose a duty on the SAPS to not cause harm to bystanders when carrying out their duties, unless such harm was a by-product of force necessary to maintain public order.

In our constitutional democracy, it is pertinent that those who are tasked with our protection carry out their duties while being mindful of our rights. Where the actions of members of the SAPS venture outside the parameters of reasonable force, such actions may be actionable in a claim for damages against the Minister of Police. The converse is therefore true as well: where the SAPS fails to take reasonable action to prevent a foreseeable harm, the explicit and underlying constitutional values demands that the SAPS be accountable to the public. 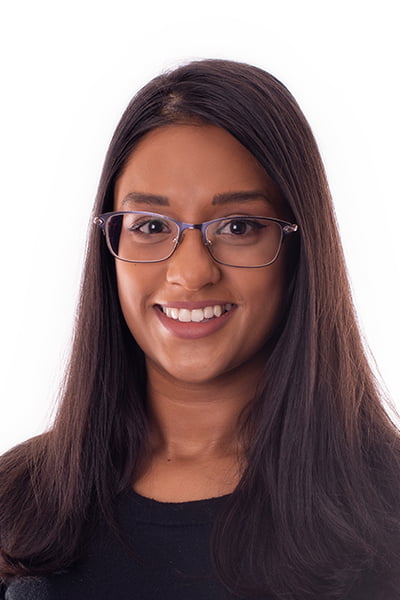