The Road Accident Fund has recently terminated the mandate of its panel of attorneys and demanded the return of the files in their possession, in an attempt to develop a new model and strategy for dealing with claims lodged against it.

This new model and strategy can be seen in the answering papers of the RAF, in response to the application brought by some of the panel attorneys, seeking the drastic action taken by the RAF to be interdicted, wherein the acting CEO of the RAF, as per paragraph 3.20 of the Judgement handed down by Judge Davis on 27 March 2020 in the matter of Mabunda Incorporated and Others  vs Road Accident Fund, indicated that RAF will now seek to settle as many claims as possible within a 120-day period. The objective is to settle 98% of claims within this period.

The question is whether the RAF will be in a position to do so? And, if so, whether such speedy settlement will also mean that a proper investigation into the quantum of a claim has been completed. Whilst a settlement of the claim within 120 days is definitely in the interests of claimants, as it will assist in alleviating the claimant’s suffering much earlier than the current situation where claims are settled on the day of court, 3 to 4 years from the date of the accident, a concern for claimants is that the quantum of their matter will not be adequately investigated. In most instances, the investigation into a claimant’s quantum, including referring the claimant to various Experts for medico-legal consultations, takes much longer than a 4-month period. This, then, would prevent the RAF from settling 98% of the matters within the 120-day period, or result in settlement of matters which have not properly been quantified.

Where a matter cannot be settled within the 120-day period, the RAF has indicated that they will instruct attorneys on an ad hoc basis or make use of the State Attorney in order to conduct litigation, which the RAF advises will cost substantially less than the current costs of its panel of attorneys.

Should the RAF be successful in their bid to adopt this new model and strategy, it will soon be determined whether the approach of settling 98% of matters within 120 days is attainable, and in the event of matters going to trial, whether the number of matters that go to trial and the costs involved has been significantly reduced. 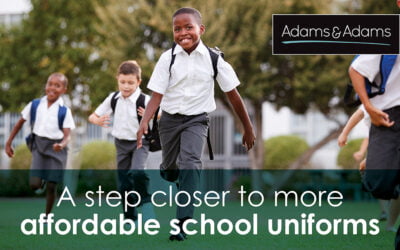