In June 2016, The Protection of Traditional Knowledge, Genetic Resources and Expressions of Folklore Act, 2016[1] (“the Act”) came into force in Zambia. The Act’s preamble indicates that the aim is to:

What exactly is traditional knowledge?

Traditional Knowledge (TK) is knowledge, know-how, skills and practices that are developed, sustained and passed on from generation to generation within a community, often forming part of its culture or spiritual identity[4]. TK can be found in a wide variety of contexts including: agriculture, scientific, technical, ecological and medicinal knowledge as well as biodiversity-related knowledge[5]. 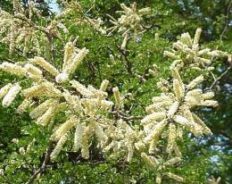 The Ila people, also called Baila, Sukulumbe or Shukulumba are Bantu speaking located in the area west of Lusaka being the capital of the Republic of Zambia. Most of the Ila grow food to feed their families and to cover physical and educational needs[6]. The Ila make use of natural plants and trees to make medicines such as the Acacia nigrescens tree (mukundu),  the bark of which is decocted and the lotion used for sore gums[7] and  the Julbernardia panuculata (mutondo)

of which the leaves can be boiled and the steam inhaled to relieve colds.

TK can be afforded two types of protection namely: 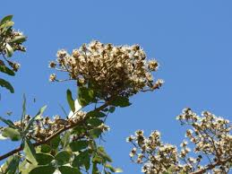 What are trade secrets?

A Trade secret is information that is useful in the industry and that is kept confidential. It is information that imparts value to its holder and one that provides a competitive edge over its competitors. Should information that constitutes as a trade secret be leaked, it could have a major negative effect on any business. Information such as customer lists, information received by an employee regarding business opportunities valuable to an employer and information provided to an employee in confidence in the course and scope of his employment could be identified as confidential[9]. Even negative information such as failed remedies or manufacture of products and failed research could be protected as a trade secret as it could save a competing business high costs if they have a what not to do guide.

Article 39 of the TRIPS Agreement[10], provides that member states shall protect “undisclosed information” against the unauthorised use “in a manner contrary to honest commercial practices” as long as the information is:

This is the general guideline in determining whether information is a secret and if it can be protected as a ‘trade secret’. Member countries may have identified more criteria but Article 39[11] serves as a basis for the member states of the TRIPS Agreement[12]

Traditional knowledge as a trade secret

In conjunction with the requirements set out by Article 39, traditional knowledge can be protected as a trade secret if:

Customary laws of communities often require that certain knowledge should be disclosed to certain recipients. For example: A group of North American indigenous communities, the Tulalip Tribe, have an application under the Patent Cooperation Treaty (PCT) on the use of traditional Chinese medicine to reduce the level of fat in the blood which is a collection of their traditional knowledge. A part of the traditional knowledge has been exposed for the patent review and the rest has been kept a secret[13].

The information must be reasonably protected. Even if the whole community knows about it, it does not lose its secrecy provided that the rest of the outside people do not have much knowledge about it such as in the example of the Tulalip Tribe.

Traditional Knowledge is seen as an asset as it could be used to develop products which would be profitable. It therefore has great economical value.

Trade secrets are an important form of intellectual property and can be the better form of protection not only for TK but also any confidential information within a business. It is imperative that initial steps be taken in identifying the trade secrets of the business and thereafter, incorporate protection mechanisms within the business such as;