Back in the day, young gamers used to immerse themselves in games such as Street Fighter, Super Mario, Cadillacs and Dinosaurs, and Tomohiro Nishikado’s Space Invaders. Nowadays, gamers battle it out in a game of FIFA, God of War, and Fortnite, in the hopes of becoming the next Kyle Giersdorf, winning $3 million in prize money.

The gaming industry is booming, with developers, fans and players alike. According to Bloomberg and Pelham Smithers, the global game market revenue will reach $152 billion in 2019 and increase to $196 billion by 2022 (about 40 to 50% of South Africa’s GDP). In 2018, Europe’s gaming industry was valued at €21 billion, with a year-on-year growth of about 15%, according to the Interactive Software Federation of Europe.

Since gaming has become a billion-dollar industry, originators need to pause and consider their Intellectual Property (IP) rights, and how they can use such rights to protect their income-generating products and their reputations against copycats seeking to exploit these unlawfully, to the detriment of the originator. With the video gaming industry being such a huge market, competitors may well attempt to copy aspects of successful video games or the technology incorporated in the consoles and controllers associated with those games, thereby to attempt to draw benefit, unlawfully, from the successes thereof. Gaming companies are already sensitive to the risks of copying and are therefore relying on various forms of IP protection in respect of the innovation, storytelling, and artistry incorporated in their video games, to reduce the likelihood of competitors and fraudulent imitators stealing a slice of the market share.

Patent protection is one prominent form of IP protection that is being used.  In 2018, the European Patent Office published about 1200 patents linked to video games and related devices, and granted around 750 patents in this field. This indicates the positive attitude that has been adopted both by gaming companies trading in Europe with regards to IP protection and by the European Patent Office. There is no reason why South Africa’s gaming industry cannot follow a similar approach and adopt strategies used by leading European players to generate revenue while contributing towards South Africa’s Gross Domestic Product (GDP). In respect of patent protection, the close alignment between South Africa’s patent law and that of Europe provides further justification for such an alignment.

Looking at some relevant forms of IP protection available to the gaming industry, it is possible for companies in this field to operate in god-mode, making it a tough feat for lurking imitators to steal ideas and innovations without being held accountable.

A lot of time and effort goes into developing the artwork, computer program, music, graphics and animations that are incorporated in a video game. Each of these is recognised in the South African Copyright Act as a “work” in respect of which copyright may vest.

Copyright is not registered in South Africa; it comes into existence automatically, through creation, vesting in a proprietor as determined by the Copyright Act. It grants the proprietor wide exclusivity in respect of the work, specifically in respect of copying or making adaptations of the work.

Companies and individuals alike tend to have misguided impressions about the identity of the proprietor, however, and overlook the provisions of copyright law that determine proprietorship. Thus, there is often an incorrect assumption by a company or individual that they own copyright in a particular work, while they actually do not.

Essentially, there is, in the absence of a registration requirement, no costs involved in obtaining copyright protection. However, importantly, time and money must be spent in ensuring that proprietorship is established and in identifying and listing or capturing copyrighted works in a register that is easily accessible and regularly updated. This would be of great value in facilitating enforcement copyright against imitators who may have pirated such works.

Trade mark protection for names of games, consoles and controllers

The names that companies give their games and the graphic depiction of those names can be protected as trade marks. Trade mark protection may also be asserted in the absence of registration, but only if a reputation can be proven. To avoid the requirement for proving a reputation, trade mark registration is therefore strongly recommended.

One purpose of a trade mark that is particularly relevant in this instance, is that it is a badge of origin for the game. As such, the trade marks enlisted to each game’s title help associate it with the reputation of a particular developer. Further, a trade mark differentiates a game from other games out there, avoiding confusion and creating brand awareness as players associate these games, with reference to its name, with the company responsible for its creation.

In addition to registering and obtaining trade mark protection for games’ names, gaming companies often look at obtaining protection for a unique appearance of their consoles and controllers.

The relevant form of protection in this regard is known as registered design protection in South Africa. It may typically be used to protect a unique shape, configuration, pattern and/or ornamentation that is applied to a console or controller.

In addition, design protection can be obtained for certain ornamental features, e.g. graphics, as electronically represented on-screen in a game.

Patents in games and controllers

Patent protection applies, generally speaking, to the underlying functional aspects of technical subject matter. Regrettably, methods of playing games and computer programs, as such, are excluded from patent protection. However, this restriction is often interpreted in a limited sense, with there being a variety of possible strategies to protect computer games. More typically, however, patent protection finds application in respect of the hardware associated with such games.

For example, virtual Reality (VR) games have taken the industry by storm, with the most common form of IP protection being patent protection, especially for VR headsets. Another example of a gaming technology that may be relevant for patent protection is haptic feedback technology.

Samsung recently published a patent application that discloses a bio-sensor embedded in a gaming apparatus. The bio sensor collects real-world biometric information on the user, and the collected information may be controlled based on the sensor characteristics of the bio sensor, thereby enabling interaction between the real world and the virtual world.

The growing trend concerning patents related to advances and improvements in haptic feedback technology is also worth noting.

An example of a patent related to haptic feedback can be found in a recent patent publication by Immersion Corp., which discloses a wearable device for providing haptic effects. The device includes a sensor configured to sense a dynamic response to a user interaction with a real-world object which corresponds to the virtual object.

The use of this technology can enhance a player’s experience of the virtual world. Improvements in haptics feedback can be incorporated in other gaming devices which may also aim to provide the player with enhanced gaming experience.

Gaming companies and avid gamers may recall the introduction of the Sony’s revolutionary dual shock controller in the late 90’s which had a vibration haptic effect. Although the technology employed in Sony’s controllers appeared to be earth-shuttering at the time, the Immersion Corp. v Sony lawsuit proved the importance of patent rights.

The lawsuit enabled Immersion Corp. to institute patent infringement proceedings against Sony for infringing one of its patents that related to the technology Sony was allegedly using in its controllers. The use by Immersion Corp. of its granted patents to enforce its patent rights against Sony is just one example of how patent rights can be used by other gaming companies to form strongholds in the gaming industry.

The way forward for the local gaming industry

The gaming industry is continuously evolving, and with the current trends in gaming – which have generated  billions of euros and dollars in Europe and the US, respectively, and have assisted gaming companies to sue one another for patent infringement- there is no better time than now for local gaming companies to jump on the bandwagon and consider exploiting available forms of IP to protect their video games, controllers, and consoles.

Gaming companies should seek legal advice at all stages of development before it is game over for them to take advantage of IP rights. 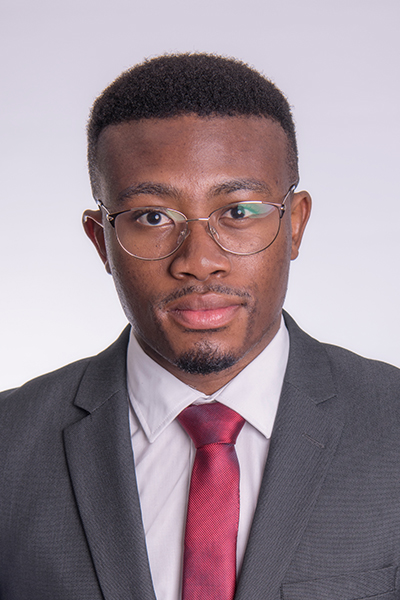