Judge Fourie sitting as Commissioner of Patents recently handed down judgment wherein an interim interdict was granted in favour of Bayer Intellectual Property GmbH et al (“Bayer”) against Austell Pharmaceuticals (Pty) Ltd, in respect of the infringement of Bayer’s South African patent no. 2007/06238 entitled “Prevention and Treatment of Thromboembolic Disorders”.

The applicants, “Bayer”, are the registered proprietor of and the registered licensees under the patent.  The patent is concerned with the field of blood coagulation, a natural protective mechanism which helps seal defects in the wall of blood vessels quickly and reliably, thereby reducing blood loss.  Uncontrolled activation of the coagulant system, however, leads to abnormally high levels of blood clotting, which can be fatal.  Bayer is the originator of an anticoagulant drug protected by the patent which is sold under the names Xarelto and iXarola.   Xarelto and iXarola contain the active ingredient rivaroxaban.

The respondent, Austell, is a South African company that manufactures and sells generic pharmaceutic products.  In January 2021, Bayer became aware that Austell was in the process of launching a generic form of Xarelto and iXarola, called Rezalto, prompting Bayer to bring the application for an interim interdict against the importation, marketing, sale and use of Rezalto.

The only claim of the patent reads as follows:

The use of the compound [rivaroxaban] for the manufacture of a medicament in an oral dosage form for the treatment of a thromboembolic disorder for administration no more than once daily for at least five consecutive days, wherein said compound has a plasma concentration half-life of 10 hours or less when orally administered to a human patient, wherein the thromboembolic disorder is pulmonary embolisms, deep vein thrombosis or stroke, and wherein the oral dosage form is a rapid-release tablet.

The issues which had to be decided included the determination of whether Bayer had established a prima facie right, which would involve consideration of whether the patent is likely to be shown to be valid and infringed at the trial for a final interdict.

In respect of validity, the primary issue was whether it would have been obvious to the skilled person at the priority date of the patent that a rapid release rivaroxaban containing tablet could be administered once daily for the treatment of pulmonary embolisms, stroke and dep vein thrombosis, safely and effectively.

In respect of infringement, the primary issues were (a) whether the integer of the claim, “wherein said compound has a plasma concentration half-life of ten hours or less when orally administered to a patient” is an essential integer; and (b) if so, whether the applicants have established that Rezalto includes this feature.

Interpretation of the Patent

Prior to determining issues of infringement and validity, the court interpreted the patent, and in doing so, reaffirmed that the interpretation of the patent must take place through the eyes of the skilled addressee armed only with the publicly available knowledge as at the priority date, and principle which also applies to determining infringement and validity.  The court also affirmed, for the purposes of both validity and infringement of the patent, that the court must only have regard to the essential integers of the claim.

The court confirmed that obviousness is a factual question and that the question whether an invention is inventive is determined with reference to the invention claimed in the claim and not in relation to the description of the invention in the body of the specification.

Austell argued that the inventors’ subjective expressions or surprise as to the fact that despite rivaroxaban’s short half-life, rivaroxaban in a rapid-release tablet form can be taken once a day only and still maintain the drug concentration within the therapeutic window are irrelevant. Inventiveness is a question for the court to decide.  Austell further argued that discovering a dosage regimen alone, without more, is obvious.  In other words, it argues discovery of the dosage regimen would have been inevitable.  Austell also contended that at the priority date there would have been strong commercial motivation to develop a once daily dose of rivaroxaban and routine clinical trials would have included once-daily dosages.

Bayer argued that before an invention is found to be obvious under the ‘obvious to try’ test it must be established by expert evidence that the skilled team would (not could) have carried out particular tests which led to the invention (because they were an obvious thing to try) and also that there was a reasonable probability that those tests would bring success.  Following on this Bayer’s expert stated that there was no data on the safety or efficacy of rivaroxaban in patients at the priority date.  He was of the view that if the skilled addressee were to attempt a once-daily dosing regimen, the skilled-addressee would have done so using an extended-release formulation (as opposed to a rapid release tablet).  The skilled addressee would therefore not have viewed the once daily dosing of rivaroxaban in a rapid-release tablet as having any prospect of success.

In coming to its decision on validity, the court placed emphasis on the fact that Bayer’s expert witness was a very experienced hematologist with extensive experience in designing clinical trials and dosage regimes for anticoagulants whereas Austell’s expert witness had no experience in the field of hematology, thrombotic disorders or anticoagulation.  The court also relied on the fact that because a once-daily dosage regimen was not initially planned for in the clinical trials, Bayer neither knew or expected that a once-daily dose would be safe and effective.  The court therefore made the prima facie finding that the once-daily dosage regimen of rivaroxaban in an orally administered rapid release tablet form would not have been obvious for a skilled person at the priority date.

Austell contended that in most patients to whom Rezalto would be prescribed, the half-life of rivaroxaban was more than 10 hours, which would not infringe the patent.  In support of this, Austell relied on half-life information contained in Bayer’s package insert for Xarelto.  Bayer explained that the half-life of 10 or less hours in the claim does not limit the patent claim to treatment of a particular patient group and referred to the specification which refer to the half-life as a feature of the active ingredient (rivaroxaban) and does not define a group of patients to whom the active ingredient is to be administered.

The court found that relying on data in the package insert which was not known at the priority date was tainted with the wisdom of hindsight and lost sight of the fact that the teaching of the body of the specification makes it clear that half-life is a property of rivaroxaban.  Lastly, the court also found that nothing in the body or the claim of the patent suggests that the medicament of the claims was to be limited to be used only in the treatment of particular patient groups.

The court therefore found that Bayer had prima facie established that the half-life of the feature of the claim is not essential and thus the claim was infringed.

Irreparable Harm, Balance of Convenience and No Alternative Remedy

The court found that Bayer was also able to show the remaining requirements required for the grant of an interim interdict, i.e. irreparable harm, balance of convenience and no alternative remedy.

Regarding irreparable harm, the court found that it would be difficult for Bayer to prove causation if Austell were not interdicted.  In this regard, in addition to Xarelto, iXarola and Rezalto, there were a number of other competing direct oral anticoagulants on the market.  Austell offered a royalty of 3% of their net sales as a reasonable royalty.  The court accepted Bayer’s argument that this would in no way compensate them for the irreparable harm.  In any event, Austell’s offer did not and could not force Bayer into taking royalties in lieu of damages against their will.

Regarding the balance of convenience, the court found that in addition to the irreparable harm that Bayer would suffer, Bayer had invested substantially in the development and launch of its products while Austell had hardly entered the market, created by Bayer, with minimal costs. Austell would be able to calculate its losses relatively easily because its management would already have had targets in mind based on its substantial experience as a generic company.  Furthermore, Austell would only suffer a delay of its sales.  Bayer also tendered to pay any damages that Austell may prove to have suffered should the interdict wrongly be granted.  The court thus found that the balance of convenience favoured Bayer.

Finally, the court found that there was no adequate alternative remedy available to Bayer as it would probably be very difficult for Bayer to quantify and prove its losses in an action for damages.

In this matter, and despite the constraints caused by the Covid-19 pandemic, detailed and voluminous affidavit evidence from various parties in different countries and lengthy legal argument, Bayer was able to obtain an interim interdict within less than 4 months of the launch of Rezalto.  This again confirms the value of a valid patent in South Africa and gives confidence in the functioning of the South African intellectual property, legal and judicial systems. 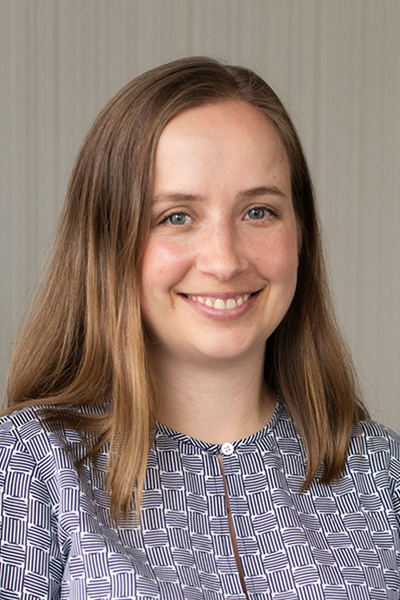