The Road Accident Fund Act: Who is Entitled to a Claim and What Can Be Claimed?

We have, over the years, become so accustomed to reading, hearing or even witnessing the firsthand aftermath of horrific motor vehicle accidents on South African roads, that we perhaps don’t immediately realise the full extent of the psychological, social and financial implications of these accidents on those directly or indirectly affected. These devastating effects often tend to have extremely negative consequences on the lives and livelihoods of the surviving victims and/or their families. In most instances the bodily injuries, the sequelae and associated trauma make it difficult for the victim to ever enjoy the life of normality they had prior to the collision.  It is therefore important for victims of motor vehicle accidents, or their dependent(s), to know if they are entitled to lodge a claim with the Road Accident Fund in the event of an accident occurring, and what type of damages they are entitled to claim for.

Liability of the Road Accident Fund

The Road Accident Fund is a creature of statute. It derives its powers and functions from the Road Accident Fund Act 56 of 1996, as amended. It, in essence, seeks to compensate victims of motor vehicle accidents or their dependents who suffer a loss or damage as a result of bodily injuries sustained or death arising from the wrongful and/or negligent driving of a motor vehicle within the borders of South Africa, irrespective of whether the identity of the driver, or indeed owner of such vehicle, has been established.

A claim is, however, lodged subject to the provision of the Act. More particularly, the Act, inter alia, stipulates certain requirements that must be adhered to and prescriptive time periods within which to lodge a claim, prior to any claim being acknowledged and validated.

A claim can either be lodged in a personal or representative capacity, depending on who is lodging it and what form of compensation is being sought from the Fund. A claim lodged in a personal capacity is one which is submitted either by the actual victim of a motor vehicle accident who sustained serious bodily injuries, or a dependent of such victim in the event that the victim passed away as a result of and accident. To institute a claim in their personal capacity, the claimant must be 18 years or older and not have been declared mentally ill in terms of the Mental Health Act. An example of a dependent in this regard would generally be a surviving spouse of a deceased victim.

In contrast, a claim lodged in a representative capacity is made by a claimant on behalf of, and for, the benefit of another person. A simple example is where a claim is lodged on behalf of, and for the benefit of a minor child (below 18 years), resulting from bodily injuries sustained either by the minor during a motor vehicle accident, or resulting from the death of a parent as a result of a motor vehicle collision. In these instances, minors cannot claim personally because they do not have legal capacity and therefore require assistance of another person to institute such proceedings.

A claimant is only entitled to recover damages which have been proven, and which relate to the bodily injuries sustained from the motor vehicle accident. These consist of the following heads of damages:

The recovery of these losses or damages is subject to the provisions of the Act and requires extensive documentary evidence to succeed. The first four (4) heads of damages are referred to as “Special Damages” and relate to the quantifiable losses or damages which have either already been suffered by the claimant, or which will be suffered in the future. These would, for instance, include costs of medical treatment, services rendered, hospitalisation, or goods required as a result of the bodily injuries sustained. The claimant is also entitled to recover any unpaid salaries or overtime forfeited, which he/she may have lost as a result of being indisposed and/or unable to work as a result of an accident.

The other head of damages (“General Damages”) relates to the claimant’s pain, suffering, shock, disability, disfigurement, loss of amenities of life etcetera, which are a consequence of the injuries sustained from an accident. To qualify for this head of damages, however, the Act requires that the bodily injuries sustained must be assessed as serious in terms of the American Medical Association Guides, meaning that they must result in at least a thirty percent (30%) or more Whole Person Impairment. Where a claimant’s injuries do not meet this threshold, he/she may still qualify for general damages, subject to an application of the Narrative Test, which requires the injuries of the claimant to constitute one of the following conditions:

The dependents of a breadwinner, who passes away due to the bodily injuries sustained from a motor vehicle accident, would also be entitled to claim for loss of support and for other related expenses, subject to the provisions of the Act. This is subject thereto that the breadwinner’s own negligence was not the sole cause of the collision.

A claim against the Fund entails a complicated process and procedures to be followed. Hence, without proper knowledge and understanding of what is required, claimants may end up either submitting claims too late or incorrectly, resulting in those claims prescribing or being rejected by the Fund. They may also under settle their claims and be taken advantage of, resulting in the compensation recovered being substantially less than what they are entitled to. It is therefore extremely important to seek the service of a reputable attorney when carrying out this process. Adams & Adams has very successfully, for over 35 years, assisted victims of motor vehicle accidents in claiming compensation from the Fund and its predecessors, thereby enabling the recovery of the best possible compensation due to them from this insurance fund.

END_OF_DOCUMENT_TOKEN_TO_BE_REPLACED 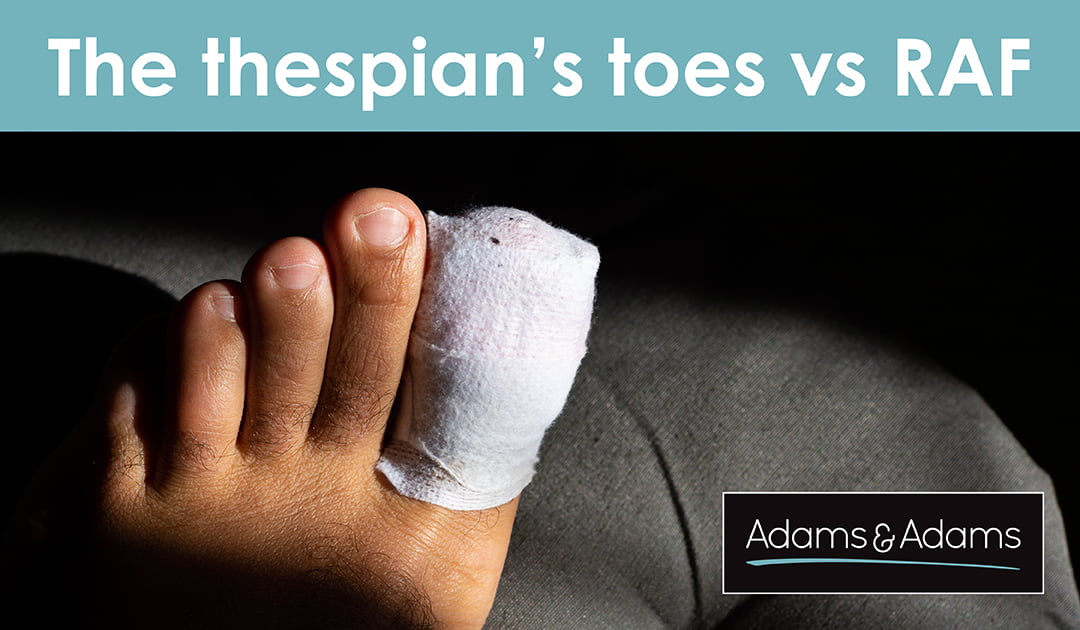 The Thespian’s Toe’s vs RAF

An injury to a person’s toes would not...

END_OF_DOCUMENT_TOKEN_TO_BE_REPLACED 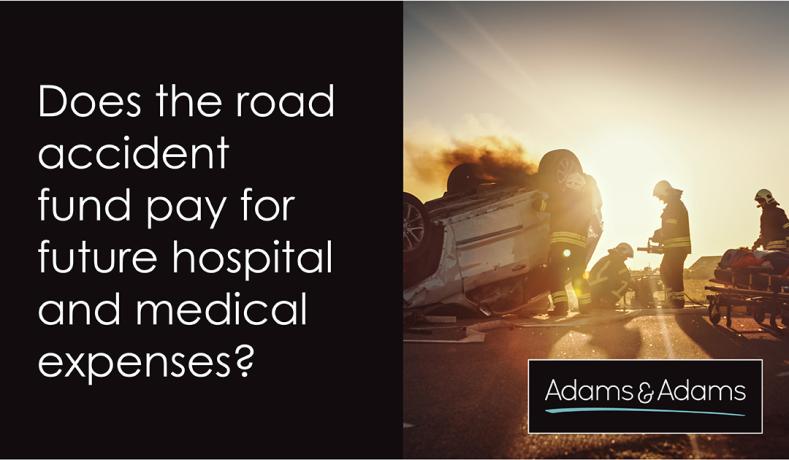 When lodging a claim with the Road Accident Fund...