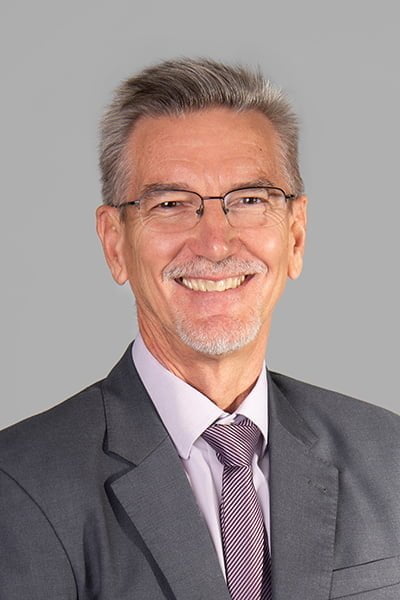 Louis van der Walt is a partner in, and past Chairman of, the Patent Department of Adams & Adams and advises clients in relation to the preparation and filing of patent applications, registered design applications and plant breeders’ rights. Louis was awarded a B.Eng (Chemical) degree cum laude after completing his studies at the University of Pretoria in 1989. He worked for four years in industry as a chemical engineer involved with the operation and optimisation of plants for the production of nitric acid, ammonium nitrate and limestone ammonium nitrate, whilst studying towards his law degree part time. He served his articles at Adams & Adams, obtained his law degree from the University of South Africa in 1994 and was admitted as an attorney in 1997, in the same year also being registered as a patent attorney.

Louis works with clients ranging from individuals and small start-up companies to large corporations, universities and research institutions. He has extensive experience, built up over more than two decades, in filing and prosecuting patent applications, registered design applications and plant breeders’ rights applications in many jurisdictions, although most of his plant breeders’ rights work relates to South African applications filed on behalf of foreign applicants. Louis was president of the South African National Association of FICPI, served on the Patent Law committee and still serves on the Plant Breeders’ Rights committee of the South African Institute of Intellectual Property Law. He has also served as lecturer for two of the subjects administered by the South African Patent Examination Board and still serves as moderator for one SAPEB subject. Louis also lectures on Plant Breeders’ Rights to students taking the LLM module on Intellectual Property, New Technologies and Innovation of the University of Pretoria.

In 2020, Louis was appointed by the Minister of Agriculture, Land Reform and Rural Development to serve as chairman of an appeal board constituted in accordance with Section 42(2) of the Plant Breeders’ Rights Act, 15 of 1976 to hear an appeal from a decision of the Registrar of Plant Breeders’ Rights in respect of South African Plant Breeder’s Right No. ZA 981943 for the Japanese plum variety bearing the denomination SUN KISS.

Louis has on a number of occasions been recognised as one of the world’s leading patent professionals in the IAM Patent 1000 publication, and is regularly included in the MIP IP Stars publication.

Louis has a Private Pilot License and enjoy doing some flying over weekends.

In 2018 the Constitutional Court of South Africa ruled that personal and medical marijuana use in...