Angola’s economy is overwhelmingly driven by its oil sector. Oil production and its supporting activities contribute to approximately 50% of the GDP, more than 70% of the country’s revenue and more than 90% of its exports. The Covid-19 pandemic, however, taught us that the ability to adapt to change is a valuable skill, both for people and economies alike and it also highlighted the need to diversify the Angolan economy.

The Angolan government has made some positive strides in this regard with the country joining the Southern African Developments Community free trade zone. Angola will also form part of the African Continental Free Trade Area (AfCFTA). The AfCFTA was set come into existence on 1 July 2020 but was postponed due to the COVID-19 pandemic. Despite initial hindrances, the AfCFTA will, once it is fully implemented, be made up of 54 African countries merging into a single market. This will ultimately not only be a free trade agreement but will serve as a mechanism for Africa’s economic transformation.

Fighting corruption, which has long been associated with developing economies in Africa, is also a priority of the current Government. The anti-graft drive driven by President Lourenco is aimed at improving the economic environment and to spark investment in the country.

Angola also initiated a process to revise its Industrial Property Law with the view of aligning it with international standards. It has been quite a long process with a few drafts having been submitted for consideration in the past few years. That said, the most recent version of the bill was submitted to Parliament in March 2020 for discussion and approval and stakeholders are hopeful that a new Industrial Property Law will come into effect in the near future. This will further contribute to inspiring economic investment in the country and also afford trade mark proprietors the necessary peace of mind that their intellectual property is protected in accordance with international practices.  When considering expanding operations to Angola it is important that proprietors bear in mind that Angola operates as a “first to file” jurisdiction, which means that common law rights are not recognised. It is, therefore, imperative to obtain registration in this country, especially for well-known trade marks.

Although no express provision is made for the protection of well-known marks in the current Industrial Property Act, well-known marks are afforded some protection in Angola. In practice, the Registrar will refuse or annul a trade mark if it constitutes a reproduction, imitation or translation of a mark that is well-known in Angola, if it is used for identical or similar goods or services and is liable to cause confusion.  The proprietor of a well-known mark may only institute opposition proceedings where they have registered or applied to register their own trade mark in Angola, albeit after the date of the application that they wish to oppose. The proprietor of a well-known mark will also need to submit a wealth of convincing evidence as to the mark’s notoriety, preferably including evidence of local use or recognition in the country. Although Angola is a first-to-file jurisdiction,  it is difficult to predict how the authorities will apply the principles of protection to well-known marks given that the relevant legislation is silent on the protection and enforcement of well-known marks. A pattern that seems to be emerging is that it is easier to succeed in an opposition based on well-known mark rights if it is a foreign entity that has applied to register the mark that you want to oppose, rather than a local entity. Ideally, the proprietors of well-known marks would be well-advised to prioritise the filing of their own trade mark applications in Angola.

Official fees relating to the filing of trade mark applications in Angola has also been increased somewhat by the registry just before the country went into lock down in March 2020. The slight increase in official fees, however, allows the registry to generate more income which, in turn, makes it possible to invest in its employees and improve its services.

In recognising these positive steps taken, it is imperative for international entities, should they want to secure their foothold in the African continent, to ensure their intellectual property is protected in this rapidly evolving economy. Adams & Adams specialises in the protection of intellectual property in Angola matching unrivalled service with competitive rates. 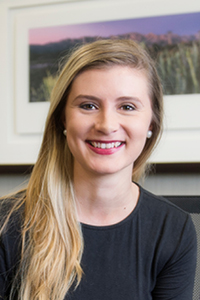