Kenya | New Managing Director to be appointed for IP Institute

On Friday 29 November 2019, Mr Slyvance Sange’s tenure as the Managing Director of the Kenya Industrial Property Institute (KIPI) came to an end. Mr Sange was appointed on 31 May 2014, initially in an acting capacity, but later permanently. Adams & Adams appreciated Mr Sange support in attending the Adams & Adams Africa Network Meeting in 2013 and during our visit to KIPI in 2016.

The Deputy Managing Director of KIPI, Mr John Onyango, has  been appointed as Acting Registrar by the Cabinet Secretary for Trade and Industrialisation.

Details about a permanent appointment will be communicated as and when developments occur. 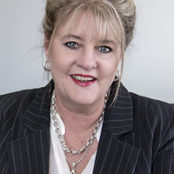