September saw noteworthy developments for South Africa’s automotive industry. Construction has begun on the R3.4 billion Tshwane Automotive Special Economic Zone (TASEZ) in Pretoria. SEZ is an initiative by the South African government to reposition the country in the world economy. This SEZ will see the development of the first automotive city in Africa, with job creation expected to increase during construction, as well as following the completion of the project. Interest has soared in this initiative with companies such as Ford committing to setting up operations within the SEZ.

Concurrently, Ford South Africa has announced the upgrade of its wheel and tire facility at its assembly plant in Pretoria. This upgrade will enhance Ford’s production process whilst ensuring the assembly plant is efficient, reducing cycle times and improving capacity. The new location of the facility will also improve production flow due to its proximity to the assembly line. 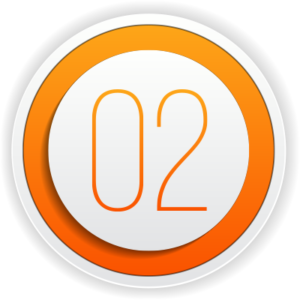 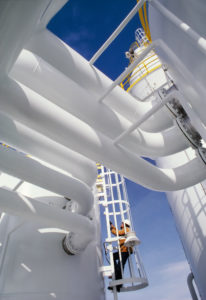 Senegal’s oil and gas sector has attracted major government investment over the course of September. The United States Trade and Development Agency (USTDA) granted US$1.2 million to Senegal’s Sovereign Fund for Strategic Investments (FONSIS). The grant is intended for studies related to the construction of a pipeline network by Senegal Gas Network (SGN). SGN’s main priority is to increase the development of natural gas within the country in driving down electricity costs and thereby leading to the growth of the industrial sector.

Parallel to this, Australian oil and gas operator, Woodside, has acquired a 40% stake in European oil and gas company Cairn Energy’s Sangomar oil offshore oil project in Senegal. Sangomar will be the country’s first offshore oil field, with production expected to begin in 2023.

The investments will significantly boost Senegal’s oil and gas sector development in the coming years as part of the country’s industrialisation drive.

In September a multitude of new projects have been initiated in Egypt, which will significantly modernise the country’s transport network. The Egyptian government has signed a contract with RATP Group, a French public transport operator, to operate the third Cairo Metro line. This forms part of the government’s plan to upgrade urban transportation within Cairo.

Additionally, Egypt’s Ministry of Transport plans to introduce a Bus Rapid Transit (BRT) system in Greater Cairo’s Ring Road. The BRT project will see the construction of BRT bus stations and car parks along the road, increasing convenience for passengers. The BRT lines will also connect to selected metro lines, streamlining the transport network for passengers in Cairo and improving the city’s public transport.

The implementation of the Ain Sokhna-El Alamein high-speed train project has also begun. This will cost US$9 billion and encompass 543km from Ain Sokhna to El Alamein, further bolstering Egypt’s transport infrastructure. 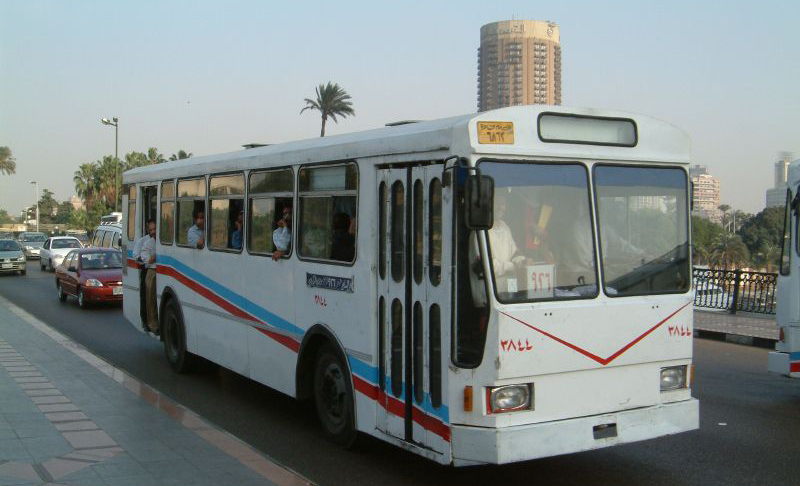 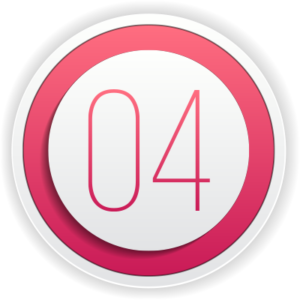 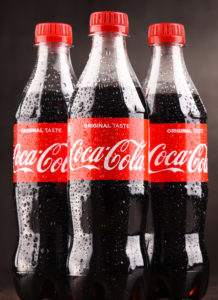 South Africa’s FMCG space has received a significant boost through the roll-out of new retail experiences. Coca-Cola Beverages South Africa has progressed with the circulation of its two-litre returnable Polyethylene Terephthalate (PET) bottles in more provinces across the country. The returnable PET bottles give the brand an environmentally-friendly outlook while simultaneously providing consumers with a cheaper recyclable option.

The month culminated with one of the country’s largest retailers, Game, launching a one-of-a-kind retail concept store inclusive of innovative technologies that will introduce an effortless retail experience, such as price-check booths, sampling vending machines, and digital touchscreens.

South Africa’s mining sector continues to innovate with the introduction of new technologies in September. Orange Business Services and De Beers Marine South Africa, a division of De Beers mining, have installed and tested a customised Internet of Things (IoT) solution to provide geofencing in maintaining safe working distances for crew on its marine diamond operations. The technology was initially piloted on MV Mafuta, the largest offshore diamond-mining vessel, off the coast of Namibia. The Orange IoT solution provides miners with Bluetooth low-energy locators and precision crew-locator sensors, which increases safety for marine diamond miners. 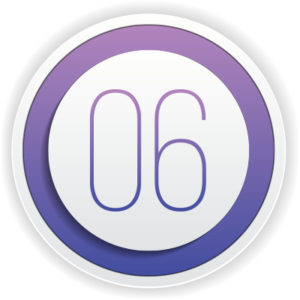 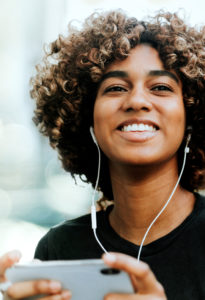 What makes these moves notable is the telecom giant’s intention to market music streaming platforms to lower income, prepaid customers, highlighting both the increased popularity and reach of these services.

In maintaining its position as a preferred financially inclusive service provider, Mastercard has introduced new digital products to both the South African and Zimbabwean markets. In South Africa, Mastercard is set to roll out its tokenisation service looking to target e-tailers, and give consumers greater security when online shopping through the encryption of consumer data. Replacing the bank card number with digital tokens provides both convenience and protection.

Mastercard Division President for Southern Africa, Mark Elliot. Over the past few years, the company has been working with various banking institutions and tech companies to gradually displace cash as the preferred payment method in the region. Image courtesy: Mastercard News/Flickr 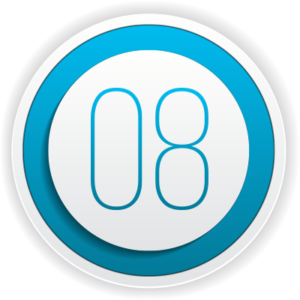 VODACOM AND VODAFONE RAMP UP
DIGITAL INNOVATION IN SOUTHERN AFRICA

September saw South African telecoms company Vodacom launch the free-to-use Vodabucks rewards programme, which offers customers the opportunity to earn VodaBucks, a virtual currency. Customers earn VodaBucks off the back of existing payment structures, such as paying their Vodacom bill (including add-on data and voice bundles), and buying bundles with VodaPay, on a credit card or via the bank or a retail store.

Meanwhile, Vodafone has announced that they would commit US$28 million to expand the M-Mama programme, a transport initiative aimed at giving pregnant mothers easier access to medical transport in case of emergencies. Drivers are paid via the M-Pesa fintech app for services rendered. After initial success in Tanzania, the new cash infusion would enable the roll-out of the service in Lesotho in conjunction with the local department of health. These initiatives align with the firm’s commitment to increasing broader social and financial inclusivity through digital  products and services. 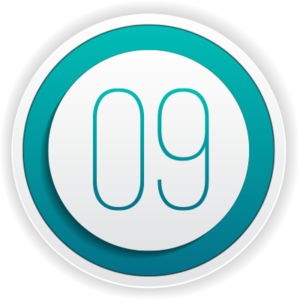 South Africa’s ongoing energy crisis has found one potential solution in the distribution of battery storage technology and the planned production of new fuel cells. Early in September it was announced that the Development Bank of Southern Africa and the Industrial Development Corporation would collaborate in the fostering of local production capacity for stationary fuel cell technology. The start-up, known as Mitochondria Energy Company, will design, produce and sell an entirely novel 250kW fuel cell system. It is hoped that these stationary fuel cell systems can reduce the continent’s dependency on unreliable legacy grids and presently spotty renewables coverage by providing a dependable base load energy supply.

Global alternative energy giant Tesla recently finalised systems to introduce its mainstay powerwall and megapack power units to South African homes and businesses. When paired with solar installations, these systems allow customers near full self-sufficiency from the country’s national grid, which has acted as a constraint to local economic growth for the past decade.

Ghana and Cote d’Ivoire, who rank as the largest cocoa producers globally, have seen their first success since joining forces in an initiative to secure the future of this economically vital industry for both countries. Along with others in the broader region, including Cameroon and Nigeria, West Africa produces the majority of annual global cocoa supply, yet secures only about 3% of the global chocolate revenue. In 2018, the two countries signed an agreement dubbed ‘an Opec for cocoa’ in which they would maximise their respective earnings through sales policy collaboration. By suspending forward sales of cocoa, there is now enough profit secured for their crops to ensure the viability of the July 2019 institution of a living wage for crop producers by coca boards in both countries.

With future price stability ensured, both countries are now eyeing the possibility of expanding the processing capacity of coca paste, an initiative which is likely to see the two countries benefiting further from continued cooperation. 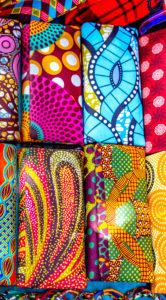 The US is set to cut $100 million in aid to Ethiopia over GERD dispute
The US has announced plans to cut US$100 million in aid to Ethiopia due to the ongoing dispute with Egypt and Sudan over the Grand Ethiopian Renaissance Dam (GERD). US officials have been frustrated by Ethiopia’s inability to agree to a deal, resulting in aid cuts and the withdrawal of US$26 million in funding that will expire at the end of this year.

Kenya fears ecological disaster if two lakes merge
The heavy rains in Kenya have resulted in a potential ecological disaster. Lake Baringo, a resource rich fresh water lake, and Lake Bogoria, an alkaline lake, are on the verge of merging. Lake Baringo, which provides drinking water and irrigation, has expanded 60% to 270km2 and Lake Bogoria has increased by a quarter to 43km2, in early September. 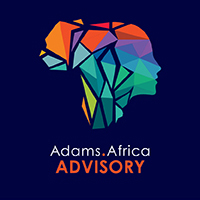