Courts are not designed to govern. That is the government’s job, involving budget allocations and tough choices, sometimes between life and death.

The distribution of powers between the legislature, the executive and the judiciary create a carefully crafted balance, designed to deliver on the vision of the Constitution. If the balance is disturbed, the system will fail.  For the system to work each of arms of government must stay in its constitutionally drawn lane. However, for the system to produce the results it was designed for, the branches of government must remain engaged with each other in a manner which recognises each other’s strengths and weaknesses.

The relationship between the branches can be contentious. What may be regarded as politically popular could offend constitutionally protected rights. The death penalty is an example. Fed up with violent crime, most citizens may well be in favour of capital punishment. Despite that, the death penalty will not survive the Constitutional Court.

The tension between arms of government is to be expected and can result in well balanced solutions that move us closer to the Constitution’s vision.

Confronted with scarcity, aggravated  by grand scale corruption, incapacity and inefficiency, the delivery of many constitutional guarantees seems far away. Life is cheap. We are not safe, and our property is not secure. Many people have no prospect of their dignity being respected and much less protected. The list goes on.

Whilst finite resources can be an excuse for not delivering on all its constitutional obligations immediately, government is not permitted to turn its back on its constitutional obligations. It must always make a genuine attempt to deliver. It must demonstrate that it is aware of its obligations and that it understands that its powers are coupled with duties. The graver the threat to fundamental rights, the greater is the responsibility on the duty bearer.

There have been attempts to turn to the Courts for assistance when faced with the horrors of fundamental right deprivations. Mindful of the limit of its constitutionally derived powers, the Courts have been cautious, some say over-cautious, not to overstep.  In certain instances, the Court’s caution has left injured and aggrieved citizens desperately frustrated and disillusioned, with nowhere to turn. It is a fine balance.

But what if government fails in discharging its constitutional obligations, not for want of resources, or because it has given a well-considered preference to one legitimate purpose over another: but as a result of completely disavowing its duties, or for seemingly not caring at all? If it simply plays dead in the face of grave infringements of fundamental rights? What if the violation of constitutional rights result from government being intransigent?  Where are citizens to turn if their government is not interested in assisting them?

These were the questions faced by Intercape, the country’s largest long distance bus operator. Intercape has been the victim of widespread and ongoing acts of violence and intimidation throughout the country.

It has lodged more than 150 criminal cases with the SAPS; more than 70 of those in the Eastern Cape. The violence is part of a deliberate strategy by certain taxi associations. The violence is aimed at intimidating and coercing Intercape into agreeing to the unlawful demands of these associations, amongst others that Intercape must increase its prices and reduce the number of buses operating on different routes. That it must pay “levies” to operate in certain areas.

Intercape’s calls for help to the National Minister of Transport and the Eastern Cape MEC, to use their extensive powers in the Transport Act, to intervene decisively and to effectively ensure the safety of its drivers and passengers, fell on deaf ears.

Affidavits containing detailed accounts of a coordinated campaign of extortion, racketeering and violence against Intercape; information of who was behind the attacks and how they were perpetrated; written demands not to sell Intercape tickets; and photographs of vehicles involved blocking routes and obstructing the access of buses to pick up and drop off points at “no go zones” were ignored. Countless lawyer’s letters pointing out the sources of the Minister and the MEC’s obligations, and calling for action, remained unanswered.

Where there was action, the MEC sided with criminal taxi operators, by doing their bidding and trumpeting their unlawful demands to Intercape in the form of instructions to cease operating in certain areas.

Intercape turned to the High Court, in Makhanda.

On Friday, Judge John Smith found that the Minister and the MEC completely misunderstood their statutory and fundamental obligations and that they had “persistently and unjustifiably” breached them.

He laments the “deafening silence” and complete indifference shown by the Minister and the MEC in the face of an ongoing crisis. He expresses shock at the MEC pandering to rogue taxi associations and acquiescing in their criminal conduct.

Recognising that bureaucratic wheels grind slowly, Judge Smith finds that in this case, the wheels will not even begin to grind unless the Court orders the Minister and the MEC to discharge their statutory and constitutional obligations, and unless the Court retained oversight.

The Minister submitted that the Court would be violating the separation of powers doctrine by ordering the Minister and the MEC to develop an effective action plan in conjunction with the SAPS, within twenty days; and by requiring the plan to be presented to Intercape and the Court for assessment.

The Court did not agree.

There is a point where the corollary for the Court’s powers is the duty to step into the territory of another arm of government. When the evidence establishes that the executive or the legislature is violating the Constitution, the doctrine of separation of powers cannot be used to avoid the Court’s obligation to prevent the violation. The Court’s obligation under these circumstances is derived from the Constitution itself. It does not have an option, it must step in.

By discharging its constitutional obligations, the Court’s message to the legislature and the executive is unambiguous. There comes a point where inaction, dysfunction, and ineffectiveness are such that the Court will have no option but to become involved.

It is certainly not only the Minister and the MEC that have obligations. The situation calls for an intergovernmental approach. On a basic reading of the facts, it is clear that at least the SAPS, the Hawks, the NPA and the Competition Commission should be swarming all over the case, actively working together to deliver on their mandates.

And what about the persons who were declared to be in breach of their constitutional obligations? Not based on a technicality, but for failing to acknowledge that they had any obligations in the first place. For having no clue what the oath of office that they took meant in practice. For not grasping that their powers are coupled with duties. What price will they pay for their indifference?

The MEC has been removed. Presumably for reasons unrelated to this case.

Deciding on the consequences for Minister falls outside the Court’s powers and squarely within the powers allocated to the executive, to the President. His powers would include removing the Minister who has been held not to have the most basic understanding of his Constitutional obligations.

The Court has stepped up. The Court’s willingness to discharge the duties coupled with its powers must be celebrated.

Article as it appeared in the Sunday Times – 16th October. 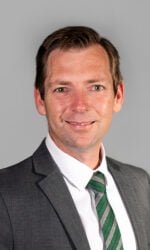