“There are only so many notes and very few chords used in pop music – coincidence is bound to happen if 60 000 songs are being released every day…that’s 22 million songs a year and there are only 12 notes that are available”. Ed Sheeran’s words certainly ring true, in light of the momentous victory before the UK’s High Court of Justice earlier this month. In this case, Mr Justice Zacaroli ruled in favour of Mr. Sheeran and his co-authors, dismissing the claim that the hook of the song, Shape of You, infringed the copyright in the song Oh Why, written by Sami Chokri (who performs under the name “Sami Switch”) and music producer, Ross O’Donoghue.

In reaching this decision, the Court was tasked with assessing, in rather technical detail, whether the 8-bar post-chorus of the song, in which the phrase “Oh I” is repeated three times to the tune of the first 4 notes of rising minor pentatonic scale (commencing on the C# note), qualified as a substantial part of the hook in the song Oh Why which was allegedly reproduced by Mr. Sheeran and his co-writers.

Similar to South African Courts, the UK system also requires that an adjudicator rely on a qualitative test, examining the degree of objective similarity between two works, as well as whether a causal link exists between the original work and the alleged infringing work. This means that Mr. Chokri needed to prove that Mr. Sheeran had actually regarded and had access to the prior work, and adapted or copied substantial elements of it when creating his new song, Shape of You. The Court, correctly in our view, held that the rather sparce evidence presented by the Defendants did not satisfy this burden of proof, and illustrated that Mr. Sheeran had not heard or deliberately copied Oh Why during his creative process. Furthermore, the Court acknowledged that while there were certain obvious similarities between these two musical works, there were also significant differences to consider.

As part of the heartfelt message to his supporters released in response to the outcome of this case, Mr. Sheeran’s outro will certainly resonate with fellow artists: “Hopefully we can all get back to writing songs, rather than having to prove that we can write them”. 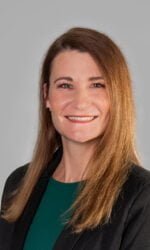 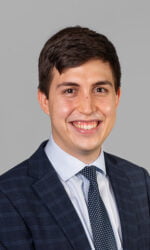