A large insurance company’s application to rescind a court order, granted by default, was dismissed with costs in the High Court of South Africa, Gauteng Division, Pretoria.

Not long after having found out about the default order, the insurer brought an application to rescind the order. The insurer advanced logistical issues following its acquisition by another insurer as the reason for not defending the summons. The court was, amongst other things, told that the summons was received by the insurer’s head of legal, who instructed a claims handler in the employment of the insurer to appoint an attorney to defend the action on the insurer’s behalf. The claims handler’s email address had however changed following the acquisition, resulting in the claims handler never receiving the email.

The insurer had to convince the court that:

In consideration of whether there were reasonable reasons for the default on the insurer’s part, the court, inter alia, found that:

In the circumstances, the insurer failed to prove that there were reasonable reasons for the default on its part.

The court then turned its attention to the second element the insurer had to prove, being that it possessed a bona fide defence. The insurer alleged that: 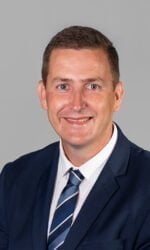