Can trademarks that are registered in South Africa and owned by a foreign entity be attached to found or create jurisdiction in South Africa over the foreign entity?  This question was considered by the Supreme Court of Appeal (SCA) in a judgment that was handed down in September 2021.  The case involved the Federation Internationale de Football Association (FIFA), the regulator of football worldwide that is based in Switzerland, and a former Chief Executive Officer of the South African Football Association (Mr. Sedibe).

The matter arose from a decision by FIFA’s disciplinary body to suspend Mr. Sedibe from participating in football matters for a prescribed period of time, and also ordering him to pay a substantial fine, after concluding that he was involved in match-fixing activities in matches preceding the 2010 FIFA World Cup.

With the intention to launch an application for the review and setting aside of FIFA’s decision through South African courts, Sedibe made an ex parte application in the High Court in South Africa (“court of first instance”), seeking, in the main, an order authorizing the attachment of trademark registrations that are owned by and/or in which FIFA has a beneficial interest in terms of the Trademarks Act, to found jurisdiction of the South African court for the review application[1]; and leave to serve the review proceedings on FIFA in Zurich, Switzerland, by way of edictal citation (i.e. the authorized service of court proceedings instituted in South Africa on an entity outside of South Africa) and through e-mail correspondence.  The court of first instance granted Sedibe the order in the aforementioned terms.

FIFA contended amongst other arguments that, South African courts have no jurisdiction to set aside its decisions that were taken in Switzerland, following its internal disciplinary processes, as conducted by its disciplinary bodies that are domiciled in Switzerland and that are subject to the judicial control of the Swiss courts.  It argued further that, this lack of jurisdiction could not be cured by the attachments of its trademark registrations in South Africa.

The SCA held that, although property, including trademarks, could be attached to found or create jurisdiction where no other ground of jurisdiction exists, this does not apply to all cases, but is limited to, cases sounding in money (where there is a monetary claim or where monetary relief is sought) and actions against movable property.  This is to ensure, the court held “that the creditor’s claim can be satisfied, either partially or altogether”.  Therefore, in this case, which concerns the setting aside of an administrative decision, the court found that there was no justification for the attachment of the trademark registrations.

Sedibe attempted to argue that his case against FIFA constituted a case sounding in money, based on the fine that was imposed on him by FIFA (which had not been paid at the time of his application to the court of first instance); the possible action for damages based on defamation that he may pursue against FIFA; and a possible costs order.  The court dismissed these arguments and held that they were not the basis of Sedibe’s ex parte application to the court of first instance.  It was clear from Sedibe’s application that his main intention was to have FIFA’s administrative decision against him set aside.  Furthermore that, the court could not speculate regarding the possible future monetary claim(s) that Sedibe may have against FIFA.  What was being claimed in Sedibe’s review application was not monetary relief.

The court concluded that, the application for the attachment of FIFA’s trademark registrations to found jurisdiction in South Africa, and for authorizing the service of proceedings on FIFA, as ordered by the court of first instance, was unfounded.

The appeal was upheld with costs.

[1]     Attachment of the trademarks in terms of Section 41(2) of the Trademarks Act No. 194 of 1993 (“a registered trademark may be attached to found or confirm jurisdiction for the purposes of any proceedings before the …Provincial Division of the High Court of South Africa… and may be attached and sold in execution pursuant to an order of any court”). 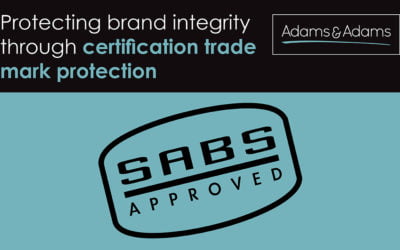 In a recent order by Gauteng Division of the...

END_OF_DOCUMENT_TOKEN_TO_BE_REPLACED 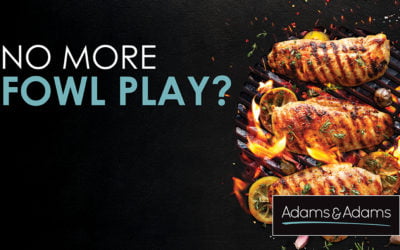 No More Fowl Play? The Department of Agriculture Takes Steps to Prevent the Use of False or Misleading Descriptions in Respect of Animal and Processed Plant Products

The Department of Agriculture, Land Reform and...

END_OF_DOCUMENT_TOKEN_TO_BE_REPLACED 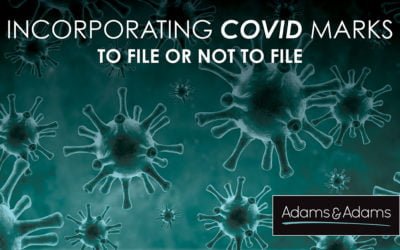 It has been widely reported in the National Law...