In a recent order by Gauteng Division of the High Court, the South African Bureau of Standards (SABS) was awarded damages for the unlawful use of its certification trade mark by a supplier of sanitisers and disinfectants.

The order, which was handed down on 21 October 2021, awarded R458 742 in damages to the SABS, and issued an instruction to the supplier to stop using the ‘SABS Approved’ certification mark and remove it from all its packaging and products.

Werina Griffiths, a partner at Adams & Adams, says, “While we are pleased that an order was granted in our client’s favour successfully enforcing its registered certification mark, the case also highlights the importance of registering these special types of trade marks – which indicate products or services meet certain requirements, have certain characteristics, or have undergone a certain process – to enable proprietors to enforce and protect them.”

The enforcement of a certification mark further safeguards against potential reputational damage to its proprietor (for instance, where a product falsely claims to be certified and causes harm), and can ensure consumer safety, as in this case, which involved a product category that played a critical role in the response to the Covid-19 pandemic.

“The SABS’s actions in initiating legal action in the interest of public safety and the protection of the trusted ‘SABS Approved’ certification mark demonstrates its commitment to the protection of the mark,” adds Griffiths.
In a world in which consumers are paying more attention to the claims that brands are making about their products, the role of a certification mark is increasingly important. 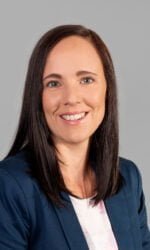