The appellant, Cochrane Steel Products (Pty) Ltd (“Cochrane”), applied for the registration of the mark ‘CLEARVU’ in two classes:

The above trade mark applications were opposed by M-Systems Group (Pty) Ltd (“M-Systems”), which at the time was a competitor of Cochrane in producing and installing fencing products.

The basis of the opposition was that the mark was not registerable in that:

The Gauteng Division of the High Court, Pretoria (Basson J) (“court a quo”), ordered the registration of the mark subject to the following:

a) “The registration of this mark shall give no right to the exclusive use of the word “clear” and “view” separately and apart from the mark;

b) The trademark registrant admits that the registration of this mark shall not debar others from the bona fide descriptive use in the course of trade of the words “clear view” and “view”.

The court a quo reasons for the above orders was that it should not allow Cochrane to become entitled to any exclusive right to the word “clear” or “view” (or “VU”) when used in relation to fences (separately from “CLEARVU”).

In light of the orders made by the court a quo, with leave of the Court, Cochrane appealed the decision. M-Systems has since been placed in liquidation and the liquidators elected to abide the decision of the Supreme Court of Appeal (“the SCA”).

In its opposition to the registration of the mark, M-Systems described Cochrane as a manufacturer of physical perimeter security barriers and provided pictures from the latter’s website depicting the fencing alongside the mark. The fencing products were described, inter alia, as an ‘invisible wall’ which apparently is a mark that belongs to Cochrane and as a ‘shadow wall’. A balustrade manufactured by Cochrane is described as transparent. Some of the pictorial depictions drawn from the website and supplied by M-Systems appear hereunder.

The SCA identified a key characteristic of the fence in that whilst it serves as a barrier, it does not obstruct sight.

M-Systems argued that the misspelling in the composite mark ‘CLEARVU’ of the word ‘view’ does not detract from it being comprised in its ordinary meaning of the words ‘clear’ and ‘view’.

In support of its argument, M-Systems, supplied material from websites operated by a number of other companies within the security barrier industry in which they use the words ‘clear’ and ‘view’ in describing their fencing products. Such descriptions include C-Thru Fencing, Betaview, Trellidor Clear Guard etc. M-Systems also identified Clear View Security Solutions, yet another competitor that sells a range of products which they describe as ‘clear security solutions’, including ‘clear bars’, ‘clear armed bars’ and ‘clear gates’. It is submitted by M-Systems that Clear View Security Solutions on its website that all of its products ‘ensure that no light or view is lost’.

In part of its answer to the objection, Cochrane stated that CLEAR VIEW is registered as a trade mark in the name of Clear View Security Solutions and Cochrane was of the view that there is no reason why the mark cannot be a good trade mark in relation to burglar bars made of impact resistant transparent Perspex-type material.

In reaching its decision, the SCA cited principles from a few well known trade mark cases. These cases and principles are summarised below:

‘The object of trade mark law as reflected in s 34(1)(a) and (b) is to prevent commercial “speech” that is misleading. Trade mark use that is not misleading (in the sense of suggesting provenance by the trade mark owner) is protected, not only constitutionally but in terms of ordinary trade mark principles. As Justice Holmes said in Prestonettes Inc v Coty 264 US 359 (1924) at 368:

“When the mark is used in a way that does not deceive the public, we see no sanctity in the word as to prevent its being used to tell the truth.”’

‘Conventional trade marks such as trade names (“Cadbury”) or logos (such as a glass and a half of milk on a bar of Cadbury’s Dairy Milk) do not give rise to the same conceptual problems as what have been called “exotic” trade marks such as smells, colours per se and other things. The attraction of a trade mark registration is that provided it is used and the fees are paid, it gives a perpetual monopoly. The problem is the same as the attraction but from the other perspective. Unless the registration of trade marks is kept firmly in its proper sphere, it is capable of creating perpetual unjustified monopolies in areas it should not.’

‘Wealthy traders are habitually eager to enclose part of the great common of the English language and to exclude the general public of the present day and of the future from access to the enclosure . . . The Court is careful not to interfere with other persons’ rights further than is necessary for the protection of the claimant, and not to allow any claimant to obtain a monopoly further than is consistent with reason and fair dealing.’

The SCA stated that it is against the above background that the orders of the court a quo, the subject of this appeal, have to be considered.

The SCA detailed Section 15 of the Act in its judgment, dealing with disclaimers, and stated that disclaimers are typically in the form set out in paragraph (a) above. The SCA reiterated that trade mark proprietor cannot bring an action for infringement in respect of the use of a disclaimed feature. But a disclaimer does not affect a proprietor’s right at common law and if he shows that use by the defendant of the disclaimed feature is likely to result in the defendant’s goods being passed off as the goods or services of the plaintiff he is entitled to an interdict.

The SCA pointed out that paragraph (b) is in the form of an admission. The SCA referenced Webster and Page, in stating that the practice is common in the case of the deliberate misspelling of ordinary descriptive words which other traders may wish to use in relation to particular goods or services. Further, the admission is in respect of the word in its ordinary meaning. The SCA quoted on the following:

‘The practice is, however, not consistent and seems to have evolved into a requirement that an admission be entered whenever the particular feature is a misspelling of a word, whether such word is only remotely one which others may wish to use descriptively or whether it is in fact wholly descriptive or otherwise non-distinctive. In any event, since the phonetic equivalent of a non-distinctive word is itself non-distinctive it would seem to follow that if the word itself is one which ought to be disclaimed then its phonetic equivalent should also be disclaimed, and not only be the subject of an admission.’

Beacon’s composite mark in that case consisted of a plate of sweets, a little man made of sweets and a prominent blank space under the name Liquorice Allsorts. It was registered subject to the following disclaimer:

‘Registration of this trade mark shall give no right to the exclusive use of the sweet device the plate, separately and apart from the mark.

The applicant undertakes that in use the trade mark will only be used in respect of goods containing or including liquorice or liquorice flavour.’

Contending that the name Liquorice Allsorts is descriptive of the product and therefore not capable of distinguishing in the trade mark law sense, Cadbury applied, without attacking the validity of the original registration of the trade mark, for an additional disclaimer, namely that the registration ‘shall also give no right to the exclusive use of the name Liquorice Allsorts, separately and apart from the mark’.

The court in the above case concluded that Beacon was not entitled to the exclusive use of Liquorice Allsorts because it was used by Beacon and others in the trade to describe the product and not to distinguish Beacon’s product from that of others.2

In deciding the present case, the SCA stated, the ‘VU’ in the composite mark ‘CLEARVU’, is a deliberate misspelling of the ordinary word ‘view’ and is understandable in light of the nature of the product and what it intends to convey.

The SCA stated further Cochrane’s submissions, that the mark does not embody a misspelling of the ordinary English word ‘view’, but that it is a coined word which just happens to be the phonetic equivalent of the ordinary English word ‘view’ is to strain to avoid the implication that commonly, admissions are entered when there is a misspelling of a word and to seek a monopoly that extends beyond that which is acceptable.

The SCA stated that neither Cochrane, nor any other trader, is entitled to appropriate exclusively the ordinary English words ‘clear’ and ‘view’, which, in effect, constitute the composite mark. Furthermore, those words are commonly used descriptively in relation to fencing products. The registration of the mark should not operate to inhibit the use by others of the disclaimed elements. The SCA pointed out that traders should not be put to the trouble and expense of manufacturing and selling their products and then be subjected to the risk of infringement litigation where the Act has provided a mechanism to provide certainty. It follows for the reasons set out above that the orders of the court a quo were warranted, save that para 1.2 should be amended by the deletion of the words: ‘The trademark registrant admits that’

In light of the above, the SCA made the following order:

Save for the amendment of para 1.2 of the order of the court below by the deletion of the words ‘The trade mark registrant admits that’, the appeal is dismissed.

This case is likely to endorse South Africa’s current robust approach to disclaimers and their unique requirement of an admission. 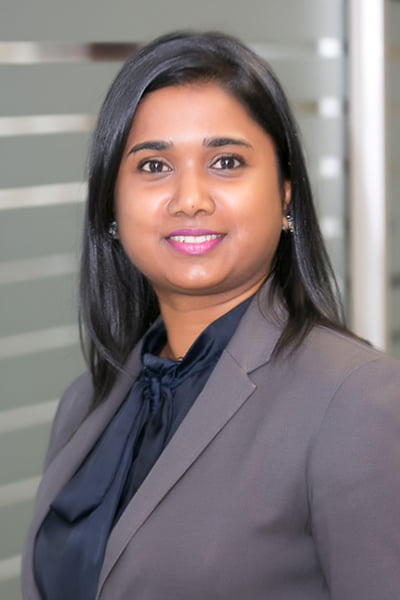