The Anti-Counterfeit Authority have announced that the online recordal process will be rolled out in three (3) separate phases:

In terms of Phase 1, the Anti-Counterfeit Authority has also undertaken to process all Recordal Applications within thirty (30) days of receipt and advised that all recorded Intellectual Property Rights will be published in their monthly newsletter.

Phase 2 (Date of implementation to be confirmed)

Phase 2 will incorporate the implementation of the Recordal of Intellectual Property particulars, by way of the standard ACA Form 2B[2] which will require the disclosure of any branded products, for any goods being imported through the Trade Facilitation Platform, which will allow the Anti-Counterfeit Authorities’ inspectors to profile importations and prevent the entry of counterfeit goods at the ports of entry.

Phase 3 (Date of implementation to be confirmed)

Phase 3 will comprise of the incorporation of the Integrated Product Marking and Authentication System (“IPMAS”), in the form of an Anti-Counterfeit security mark. Additional information pertaining to the IPMAS, and security mark will be communicated by the Anti-Counterfeit Authority in due course.

Ms. Fridah Kaberia, the Acting Executive Director of the Anti-Counterfeit Authority, has stated that the purpose of Recordals is to facilitate access to information for enforcement officers on goods to be imported into the country, which will enable both Customs and border officials pro-actively to identify and seize counterfeits at the border before entry into the country[3].

END_OF_DOCUMENT_TOKEN_TO_BE_REPLACED 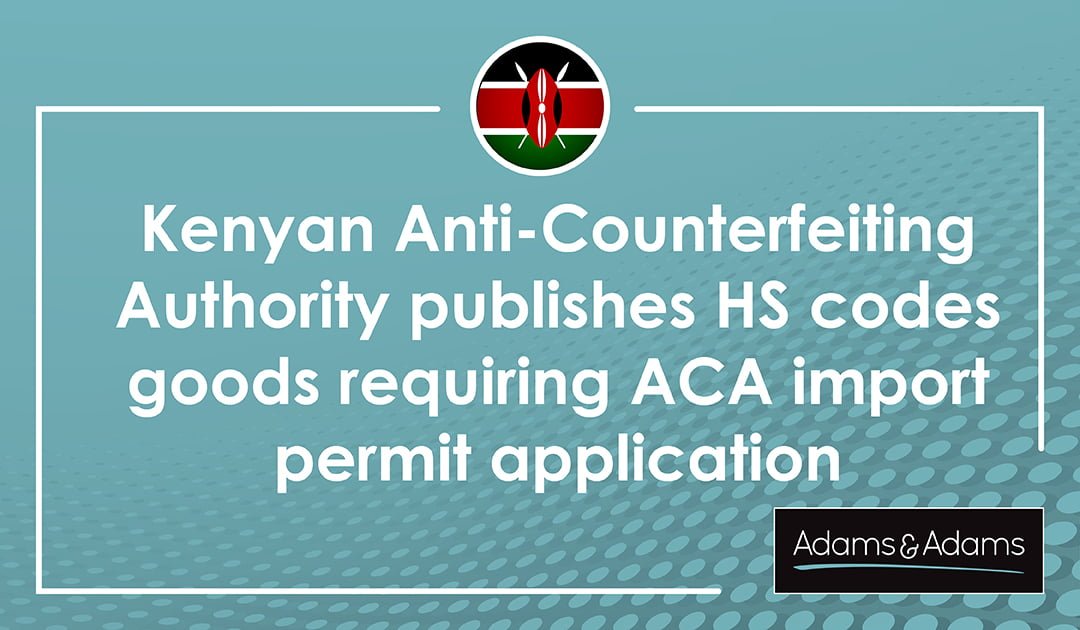