South Africa has a biodiversity of 10% of the world’s plants; 7% of the world’s reptiles, birds and mammals and 15% of known coastal marine species. Over and above, South Africa is a rich source of traditional knowledge concerning the use of biological resources for the healing of ailments and the like. (Bioprospecting Regulatory Framework Guideline)

The Biodiversity Act, together with the Bioprospecting, Access and Benefit Sharing (BABS) Regulations of 2008 (BABS Regulations) are the primary pieces of legislation dealing with bioprospecting, access to indigenous biological resources and material transfer and benefit sharing agreements in South Africa. (“Primary Legislation”).

A host of other legislation and regulations feed into the Primary Legislation such as the National Environmental Management Act No. 107 of 1998 and the Marine Living Resources Act No. 18 of 1998 for example. From an intellectual property point of view the Patents Act of 57 of 1978 has been amended to reflect the Primary Legislation and South Africa’s commitments to international treaties such as the Trade-Related Intellectual Property Rights Agreement (TRIPS). The Copyright Act 98 of 1978 has similarly been amended to cater for traditional knowledge.

Internationally, South Africa is a signatory of the Convention on International Trade and Endangered Species of Wild Fauna and Flora as well as the International Treaty on Plant Genetic Resources for Food and Agriculture. 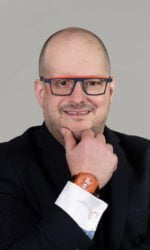